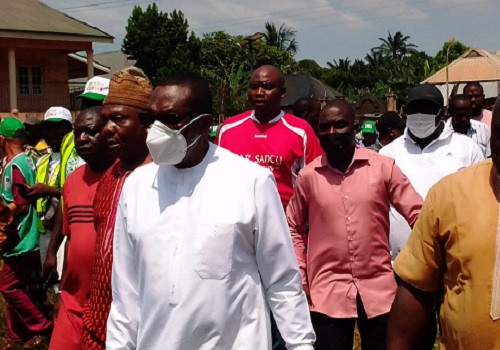 The governorship candidate of the All Progressives Congress (APC) in Anambra State, Senator Andy Uba, has said he was confident of winning today’s election.

He told reporters after voting at the Okwute Primary School, Uga, that with the number of defections of major political bigwigs to APC, it would be almost impossible for him to lose the election.

“It means the election is as good as having been won by us. Otherwise, they (defectors) will be disgraced.”

On the challenges posed by the faulty Bimodal Voter Accreditation System machines, Uba believes they would be fixed soon.

“It’s a little issue that will be fixed soon. I trust the process. It has been free; it has been fair,” he said.

He expressed satisfaction with the turnout of voters across the state in spite of the initial security threats.