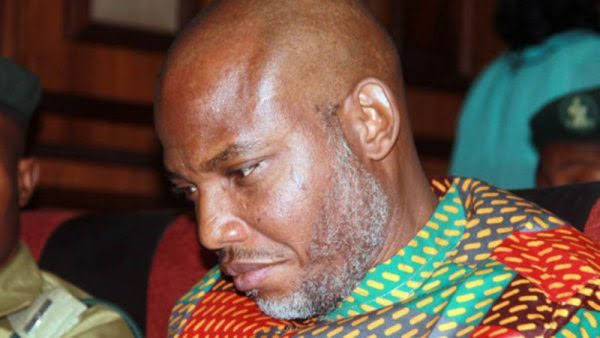 Nigerian activist and former PDP spokesperson, Deji Adeyanju has criticised Igbo leaders for failing to speak up against the arrest of the leader of the Indigenous People of Biafra, IPOB, Nnamdi Kanu.

The Editor Nigeria recalls that Kanu was arrested arraigned in court by the DSS on Tuesday where he was remanded in their custody till July 26th.

According to his lawyer, Ifeanyi Ejiofor, Kanu was subjected to torture and is currently suffering from a heart related ailment. Adeyanju wrote;

â€œIgbo leaders so afraid to speak up on the Nnamdi Kanu issue. Almost the entire North still standing with killer herdsmen.â€

â€œThe Court can even restrict him to Abuja this time around.â€ he tweeted.