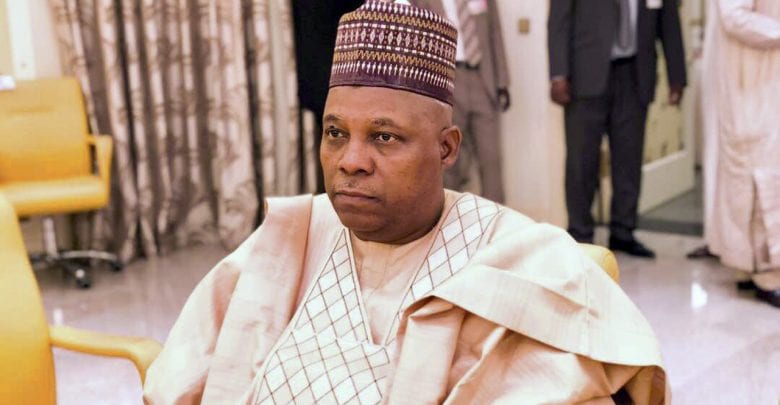 Former Borno state governor Kashim Shettima has explained why he feels senate president and 2023 presidential aspirant of the All Progressive Congress, Ahmad Lawan, should not be given the ticket.

Shettima, in an interview on channels television on Friday June 3, said Lawan is not a recognisable brand name in the nation when it comes to politics.

The former Governor of Borno state who is backing former Governor of Lagos state, Bola Tinubu to get the ticket, maintained that Lawan can’t match up with the likes of Atiku Abubakar, the elected presidential aspirant of the main opposition Peoples Democratic Party, and that his name is an unsellable brand name in other areas of Southern Nigeria.

He also claimed that if the Senate President’s name is mentioned in Ohafia, Abia state, people in the area will think he is “a tomato dealer”. Shettima added that “Tinubu is the best option for us, we don’t have any choice.”

This is also coming after he said that nice people like Vice President Yemi Osinbajo should be selling popcorn and ice cream.