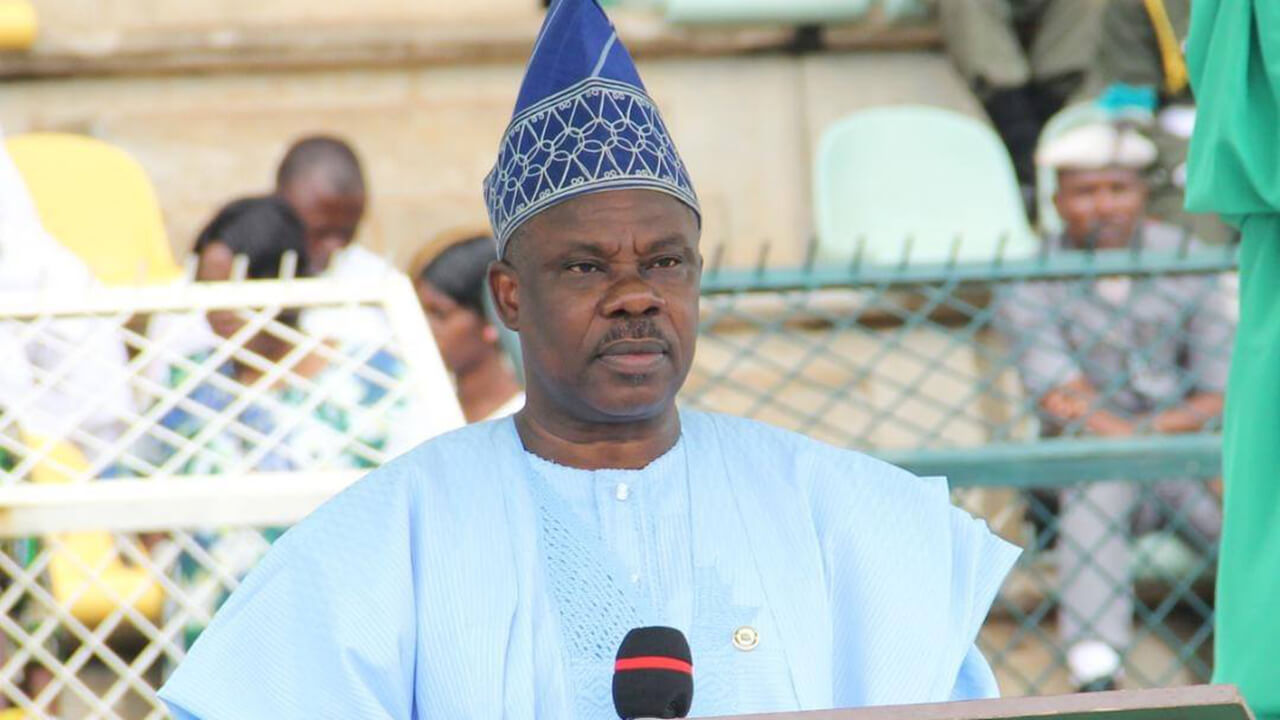 Former Governor, Ibikunle Amosun, has appealed to investors to return to the site proposed for the City Centre in Okelewo Abeokuta, the Ogun State capital, revealing how they were allegedly scared away by the present administration.

The Editor quotes Amosun as saying that the investors left the site when the present Governor, Dapo Abiodun-led government dragged them to court after he (Amosun) left office in May 2019.

The Ogun Central Senator had in a video recalled how he toiled day and night to lure investors to invest in the city centre.

The former governor said the centre was designed to accommodate a world-class shopping mall, a service centre, an amphitheatre already constructed by his administration, a number of banks among other facilities.

According to him, the investors, including banks, all acquired lands, expressing disappointment that all, except GTB, have left because they were taken to court by the state government.

Amosun made the revelation yesterday while commissioning the GTB training complex at the said City Centre in Abeokuta.

The Editor reports that this will be the first time the former governor will be speaking out about Ogun State, making veiled references to his successor since he left office two years ago.

His words: â€œWhen you people told me that this place will be commissioned, I picked up my phone and called all others that, â€˜please help me, GTB is opening now, I donâ€™t want this place to be like this.

â€œAll of them have left, and I said, â€˜it shouldnâ€™t be like that. That I am not here doesnâ€™t mean you shouldnâ€™t continue.

â€œBut some people somehow said they should go to court, and everybody (the investors) just left. Everybody went away.

â€œI am begging them today that they should watch the television and they will notice that we are opening this place today. So all of you, come back, come and start your job,â€ Amosun pleaded.

Facing the Secretary to the State Government (SSG), Tokunbo Talabi, who represented Gov Abiodun at the occasion, Amosun added, â€œThe new SSG, when you see them working, I am begging them round to say this dream must not die. So, they are coming back now, all that you wanted, you will see it. It will happen. All our ancestors in Ogun State will support us. We are Ogun State. We are the cradle of civilization. We are the first to have access to western education. We are not bragging, that is the truth.â€

Speaking about the present administrationâ€™s reduction of the width of the Abeokuta-Sagamu highway, which he said was originally designed to be 10 lanes, Amosun stated that, â€œEverybody will come and do their own. Whatever anybody does, posterity is there to judge you.

He spoke further that, â€œWhen youâ€™re doing something, donâ€™t think anybody is going to praise you. Just be focused and donâ€™t be deterred by what Mr A or Mr B will say. Those that will not like you, even if you build the tallest building in the world, they will not see it.

At inception, Amosun said the city centre was expected to be almost the largest in Nigeria.