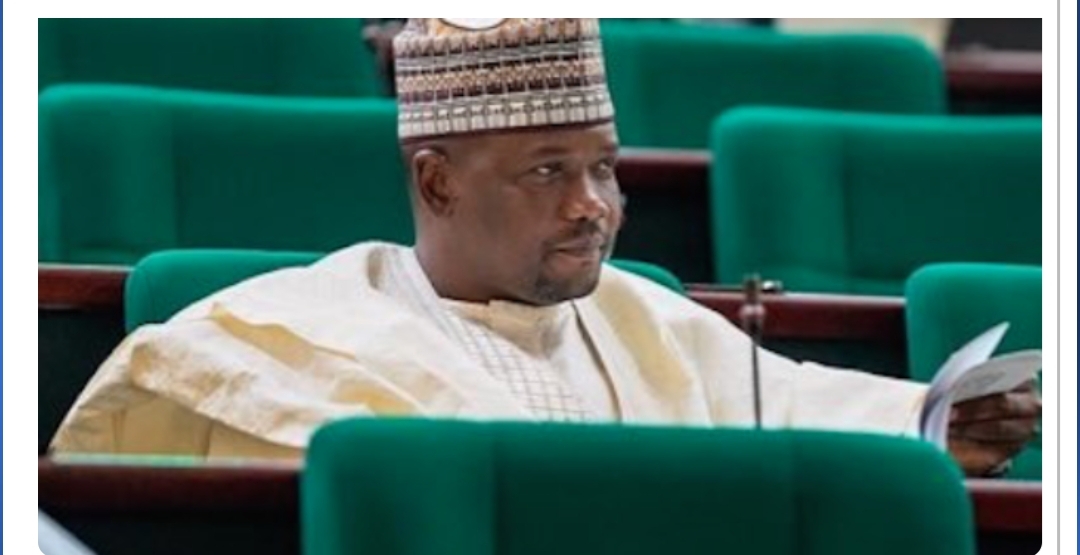 Jail Saga: â€œLet me clearly state here that, I Do Not Have A British Passport” Mela Refutes the allegation.

Victor Mela, a Gombe Lawmaker representing Billiri/Balanga federal constituency,Â who was sentenced to one-month imprisonment by a Magistrate Court, has said he is not in jail.

Theeditorng.com recalls that the Magistrate Court had on November 10, 2020 found the lawmaker guilty of lying under oath while filling the CD001 INEC form prior to the 2019 elections.
The magistrate had, however, set yesterday, November 27, 2020 for sentencing of theÂ lawmaker after his lawyer pleaded for leniency.

Mr Mela swore to an affidavit thrice, denying citizenship of another country whereas he has a Canadian passport.
His conviction follows his prosecution by the police in Abuja.

But in a statement signed by his media aide, Ibrahim Tal, on Saturday, Victor Mela said he does not have a British passport neither was he imprisoned or detained at any point in time during and after the trial.

He stated, â€œI had been briefed about happenings surrounding the alleged false declaration case filed against me at the instance of Hon. Ali Isa JC, who had earlier instituted 5 court cases against me since his overwhelming defeat by my humble self at the 2019 National Assembly elections.

â€œYesterday (Friday), the Chief Magistratesâ€™ Court in Zone 6, Abuja finally dispensed of the matter with sentencing. I was given an option of a fine; a condition which I satisfied immediately.

â€œHowever, I would like to draw your attention to the false and malicious publications currently circulating on the internet via some online social media platforms.
â€œIn the same vein, I have read with utmost dismay some misleading and misguided headlines that I was purportedly sentenced to imprisonment at a Correctional Center here in the FCT. This information is a grave misrepresentation of the sentence passed yesterday by the Court.

â€œWhile some of the above-mentioned outfits reported that I had earlier deposed to 3 conflicting affidavits pertaining to my citizenship status and that I hold a British passport, others said that I have been imprisoned.

â€œLet me clearly state here that, I do not have a British passport and neither was I imprisoned nor detained at any point in time during and after the trial.
â€œThese are all lies concocted and fabricated by my desperate opponent to discredit me; I urge you to totally discountenance as well as disregard any such false publication(s).

â€œAs at the end of working hours on Friday, Nov. 27, 2020, Certified True Copies (CTC) of the Judgement and Sentence of the Court had not been issued to anyone, I inclusive, as a result of which the source of the news circulating on some social media platforms remains inexplicable.

â€œAs always and even at the moment, I am free and carrying out my legislative duties for the good people my Constituency, my state, and the nation as a whole.â€