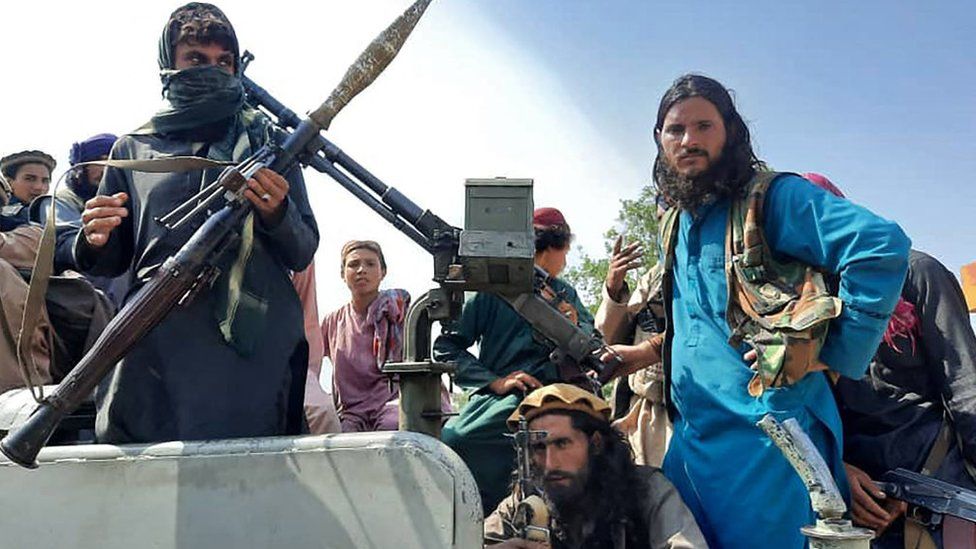 The Taliban are close to retaking full control of Afghanistan, almost 20 years after being ousted by a US-led military coalition.

Emboldened by the withdrawal of US troops, they now control all key cities and have closed in on the capital, Kabul.

Late on Saturday Taliban fighters took Mazar-i-Sharif, an anti-Taliban bastion that was the last major city in northern Afghanistan still under government control. On Sunday they seized Jalalabad to the east of Kabul.

Other major cities under Taliban control include Kandahar and Herat.