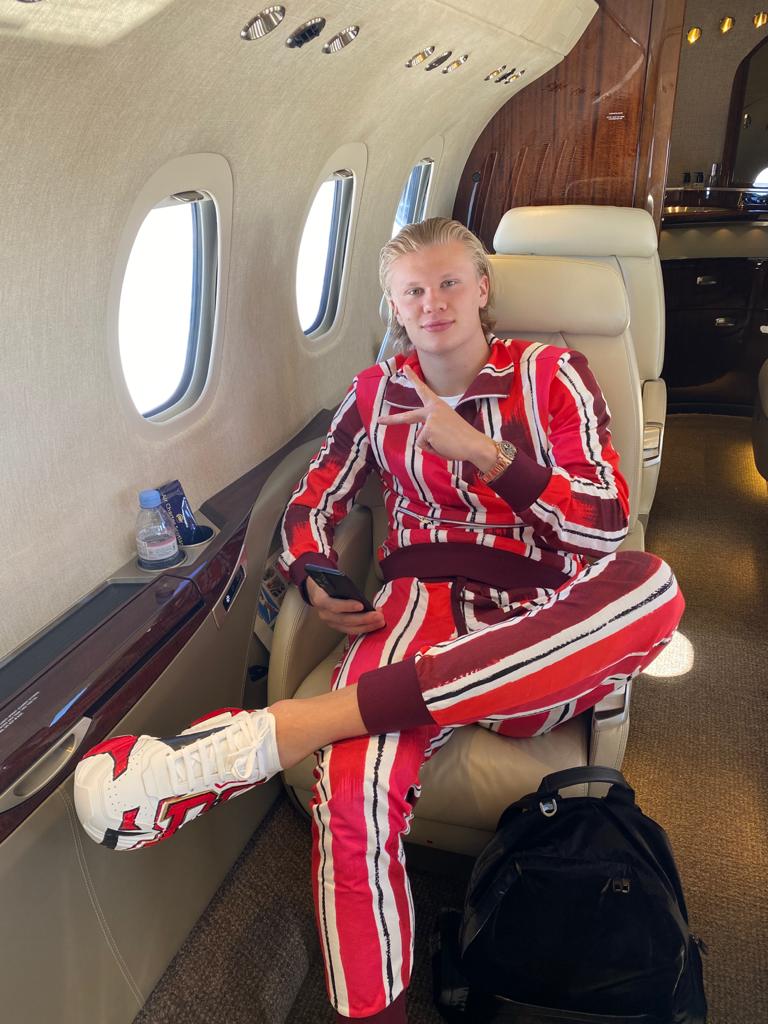 Erling Haaland enjoyed a massive spending spree while on holiday in Mykonos, according to stunning reports.The Borussia Dortmund superstar appears to have enjoyed himself on the Greek island of Mykonos.The 20-year-old has taken the summer to relax following a grueling season in the Bundesliga and Champions League.And he spared no expense during his summer getaway, shelling out a reported â‚¬500,000 (N250 million) in just SIX hours at a restaurant.He also tipped staff a staggering â‚¬30,000 (N16 million), per Greek outletÂ SportimeÂ via Stefan Bienkowski.Haaland has been the subject of intense transfer speculation with a host of Europe’s elite clubs keeping tabs on him ahead of a potential summer move.

He was spotted partying with Manchester City’s Riyad Mahrez, with fans going into overdrive.The Norway phenom had an ultra-prolific campaign last season, scoring an impressive 41 goals in all competitions.His goal-scoring ways have alerted the likes of Chelsea and Real Madrid, with the player’s father, Alf-Inge, and super-agent Mino Raiola shopping for suitors.It is claimed that he will a command a transfer fee in the region of Â£112 million.