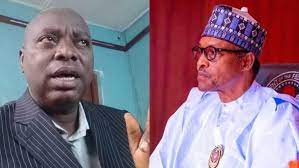 Olusegun Bamgbose, Esq., National Coordinator, Concerned Advocates for Good Governance, CAGG, has warned that the Presidential Villa will be on fire should bandits make good their threats to kill the remaining seventeen Greenfield University Students.

The bandits had yesterday declared that the students would be killed on Tuesday if the government refuses to pay them a N100 million ransom.

The Editor Nigeria reports that about 22 students were abducted from their university campus on April 20 when gunmen suspected to be bandits invaded the school premises.

The gunmen within a week, killed five of the victims as the state governor, Nasir Ahmad El-Rufai vowed not to engage in negotiations with any bandit.

Bamgbose told DAILY POST on Tuesday, â€œThis is grievous and gruesome,â€ talking about the killing of the five students.

â€œThe bandits took advantage of the porous security network and abducted the young and innocent students. They initially demanded N800m to free the abducted students.

â€œThe Federal Government has failed to rescue the students either by use of force or payment of ransom.

â€The latest news, however, from the bandits, who have almost taken over power from Buhari, is that today, the remaining students will be slaughtered except the ransom of N100m is paid.

â€œThis is certainly a very precarious situation. The Governor of the State has vowed not to pay any ransom. The Federal Government seem to be helpless and time is ticking.

â€œLet me, however, personally inform Buhari that Nigerians will never entertain any form of excuses. Itâ€™s either the students are rescued or we shall not hesitate to shut down Aso Rock if any of those students are killed.

â€œEnough is enough. These students were part of the people that voted for Buhari to be President, he should be held accountable for their lives. Itâ€™s as serious as that.

â€œAso Rock will be shut down if any of those students are killed. We canâ€™t afford to wait until these beasts consume our students. Enough of this shedding of blood.â€