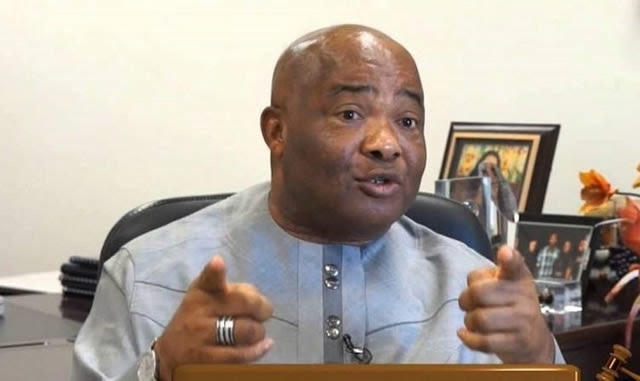 Imo State Governor, Hope Uzodimma says the mandate given to the All Progressives Congress by the People of Imo North in the just concluded Senatorial by-election can not be taken for granted.

Governor Uzodinma briefed Journalists at the government house, Owerri shortly after INEC declared APC winner of the election without returning any candidate of the party elected due to unresolved court judgements.

According to him, the National working committee of the party also reorganized Frank Ibezim as itâ€™s authentic candidate.

It would be recalled that less than 24 hours to the by-election, a court of Appeal sitting in Owerri gave a judgement disqualifying Senator Ifeanyi Araruma as the candidate of APC and on same day, a Federal High Court sitting in Abuja also disqualified Frank Ibezim from contesting the election on the grounds that he supplied false information to the Independent National Electoral Commission.