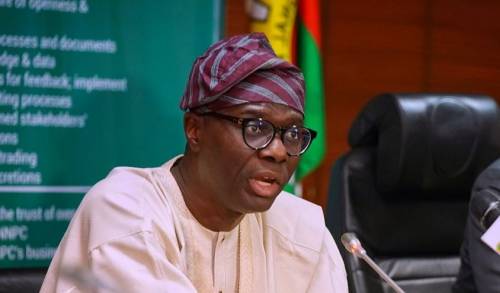 The National Association of Resident Doctors (NARD), has faulted Governor Babajide Sanwo-Olu of Lagos State, for its impending nationwide strike, which it said will begin on Monday, July 2, 2021.

According to the Lagos State chapter of the association, Sanwo-Olu was too hasty to implement a directive from the Federal Government, which consequently halted the enrolment of interns, house officers, and National Youth Service Corps (NYSC) members on the National Health Insurance Scheme, among others.

In a circular addressed to 30 categories of state officials, including the Deputy Governor, the Speaker of the House of Assembly, the Chief Judge, Secretary to the State Government, Chief of Staff, commissioners/special advisers, the Lagos State Head of Service, Hakeem Muri-Okunola, stated that Sanwo-Olu had authorised the removal of medical doctors on internship, housemanship and NYSC programmes in the state.

The document, marked -Ref. No. CIR/HOS/â€™21/Col.1/052, read:Â â€œAs part of the resolutions reached at the 42nd National Council on Establishments Meeting, which was held in Lagos on Monday, 30th November â€“ Friday, 4th December, 2020, the current status of the Internship Programmes/Housemanship/NYSC Doctors in the Public Service was reviewed and removed from the Schemes of Service as posts attracting Grade Levels in the Salary Structure as the programmes form part of the training in their respective professions.

â€œConsequently, Accounting Officers are enjoined to note the contents of this circular and give it the deserved service-wide publicity.â€

â€œThe NEC noted with grievous concerns the circular from the Head of Service of the Federation removing House Officers from the scheme of service and the consequent implementation by the Lagos State Government. They also observed that some house officers are still being owed one to two months salaries.

â€œAfter critical appraisal of the performance of both federal and state governments on all the issues affecting the welfare of our members as observed above and the insincerity of government in implementing the memorandum of action after 113 days, the NEC unanimously resolved by vote to resume the total and indefinite strike action from 0800hrs Monday, 2nd August, 2021.â€

Criticising the governor for his action, the NARD President in Lagos, Dr Hassan Oluwafemi, said Sanwo-Olu rushed to implement the directive to remove the lower level medical doctors from schemes of service, in spite of it being put on hold by the Federal Government.

His words: â€œThe Federal Government has not implemented it yet because at the last meeting of the NMA with the Head of Service of the Federation, it was pointed out that in that memo, we have five to 10 per cent (enrolled on the National Health insurance Scheme) and it is going to destabilise the health sector.

â€œCommencing on Monday, the NARD is embarking on an indefinite strike. One of the issues that led to the strike is the house officers and NYSC doctors being removed from the schemes of service by the memo issued by the Federal Government. Other governors have not implemented it, but Lagos State rushed to implement it. If it succeeds in Lagos, definitely some other states will follow suit.â€

Saraki Releases Statement Over His Arrest By EFCC