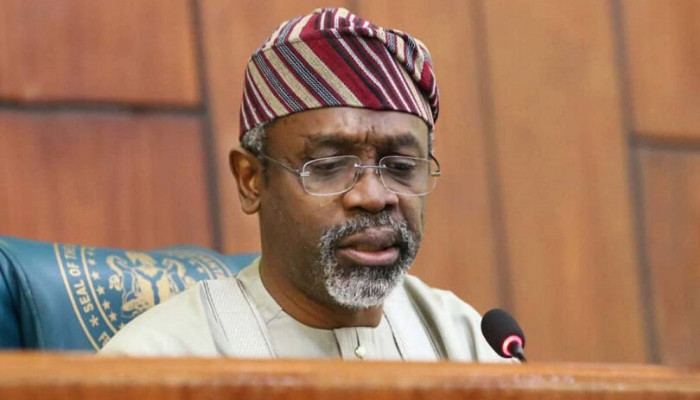 Gbajabiamila who is married to Salamatu, the late Bisalla’s daughter,  stated this in his book ‘MR SPEAKER: The legislative life, service, and resilience of Femi Gbajabiamila’ written by Charles Omole and Musa Krishi and forwarded by Chief Emeka Anyaoku, former Commonwealth Secretary-General.
Bisalla was executed along with 30 other officers on March 11, 1976, for being involved in the abortive coup of February 13, 1976 in which Nigeria’s then Head of State, General Murtala Mohammed was assassinated.

A total of 125 people were arrested in connection with the coup. Forty were released, but 32, among them the defense minister, Maj. Gen. I. D. Bisalla, received death sentences. They were executed at the Kirikiri prison shooting range.

Throughout his trial, he was said to have maintained his innocence before the Gen. Emmanuel Abisoye led Military Tribunal that tried the coup plotters.

Mrs Salamatu Gbajabiamila was just  was just eight when she lost her father.

The book, a copy sighted by DAILY INDEPENDENT reads “Gbajabiamila was admitted to the Georgia State Bar in June 1991. He then set up his own law firm, Femi Gbajabiamila and associates in Atlanta, Georgia the same city where he met his wife, Salamatu”.
“Salamatu Bisalla was a student in Washington DC when he casually crossed paths with Gbajabiamila. Born into a prominent family, her father- the late General Iliya Bisalla – was appointed Minister of Defence (Federal Commissioner for Defence) under the Murtala Mohammed regime”.

“Although, he and Murtala were coursemates at Sandhurst Course 27, Bisalla was implicated in the Dimka-led coup that killed Murtala. He pleaded his innocence of the charges until the very end…
Gbajabiamila believes that his late father-in-law was unjustifiably implicated in the coup attempt where, curiously, 90 percent of those involved were of Middle-Belt extraction”.

“The military at that time was unfortunately highly politicised and a lot of people, both military men and civilians, were under severe pressure to incriminate people”.

“When the evidence against Bisalla could not be substantiated or corroborated, the then military government under Obasanjo and Yar’Adua enacted the controversial Decree 29 that makes anyone who hears of the planning of a coup and does not report the matter guilty as an ‘accessory to the fact”.
“It was the first time in the history of any judicial investigation that a Decree will be passed because of a single individual” Gbajabiamila opines.

“Many years later, it was this same Decree that was used in arresting Obasanjo by General Abacha”.