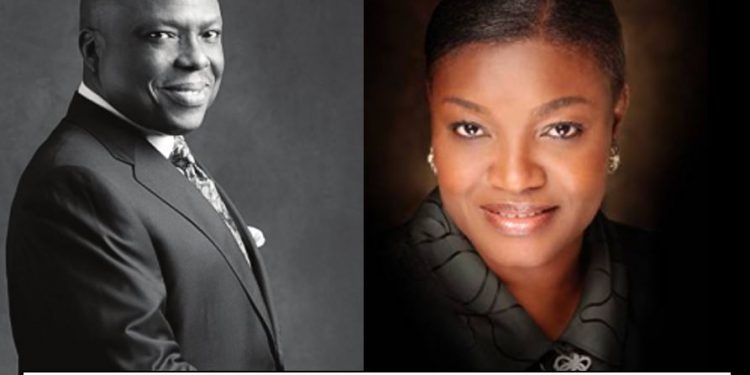 Funke Osibodu and husband, Victor Osibodu have now been tagged Chronic debtors over $92.4m Debt and their assets are targeted.

There are strong indications that three top Nigerian banks and two other companies are hell bent on recovering monies owed them by Funke Osibodu and husband Victor Osibodu through the later’s firm, Video Limited, ENigeria Newspaper reports.

Recall that a Federal High Court sitting in Lagos had on Wednesday November 22, 2017 issued an order restraining the businessman, and his company, Vigeo Limited from making any withdrawal from its account and those of his agents domiciled with 17 commercial banks in Nigeria.

The development had since thrown the Osibodu’s into hard times, despite the showmanship they put up on the outside.

ENigeria newspaper understands that the case may have taken a new dimension as the above-mentioned claimants are pursuing the following:

1. Their original claims and motion on Notice asking the court for an order entering summary judgment against the respondents (Victor Osibodu and companies) on the undisputed principal amount/credit facilities availed by first to third applicants and absence of conceivable and/or sustainable defense to applicants’ Counter-Claim to wit: A. Judgment on the liquidated sum of $22,300 million, USD, against the Respondents (Victor Osibodu and companies) being the principal sum/restructured credit facility advanced by the first Applicant to the first Respondent as at March 24, 2016.

2. Judgment on the liquidated sum of $55,309,439.13 million USD, against the Respondents (Victor Osibodu and companies) being principal sum/restructured credit facility advanced by the second Applicant to the first Respondent as at June 5, 2018.

3. Judgment on the liquidated sum of N24,785,319 billion, against the Respondents being the principal sum/restructured credit facility advanced by the third Counter-claimant/Applicant to the first respondent as at June 16 2021.

The counter-claimants/applicants is also asked the court for an order setting down for trial, the determination of the extent of the Respondents’ indebtedness on the accrued Interest of the above stated principal sums from the date of the restructured facilities being March 2, 2016, 5 June, 2018 and June 16, 2021, till the date the summary judgment above was entered, being the crux of the Respondents’ alleged dispute, among others.

As shown in a voluminous court document seen by ENigeria Newspaper, the claimants (Banks and other firms) are hell-bent on recovering their funds and are using all legal means at their disposal, including seizure of all assets owned by Funke and Victor Osibodu in all areas of the country.

Indeed, this is not a good time for Funke Osibodu, the banking whiz, and her family. Due to indebtedness, the boardroom personality who headed huge brands in the banking business like Union and Eco Bank is now being disrespected by the same industry in which she spent much of her career.