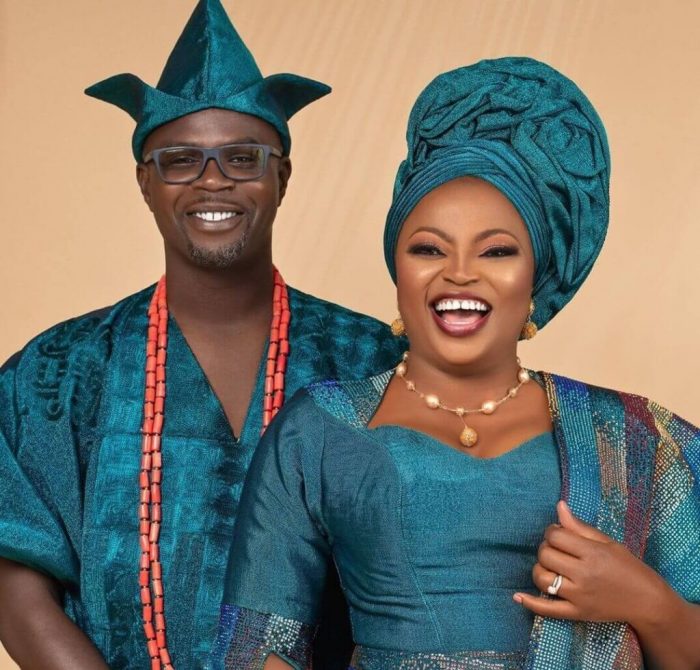 Benito, son of JJC Skillz, has resumed his attack on the singer over his marriage to Funke Akindele, the Nollywood actress.

Benito has been in the public eye after he alleged that Akindele, his stepmom, was a horrible person.

He has continued to call out the actress and the singer, fuelling rumours that there could be a crisis in the celebrity couple’s marriage.

In an Instagram live session on Friday, a user asked him “is your dad and Funke on good terms now?”

Responding, he said the pair had a fight and have not been on good terms since then.

Benito also alleged that the duo cheated on each other, claiming JJC Skillz is “leaving somewhere else.”

“Guys, they’re not really together. They both cheated on each other, they both had a fight. My dad is practically Living somewhere else and I don’t even care about them anymore,” he said.

Benito also vowed to continue his attack on Akindele and the singer, adding that he can no longer put up with the pair’s alleged pretence.

“I can’t talk for them as a couple anymore, so I can only say what I have seen. Everyone knows the truth, I do not lie. I’m tired of the lies, manipulation, segregation and all of these,” he added.

“Everyone don’t know me that’s why they judge me based on what Funke said. I don’t care who they are, I’m not scared of anybody. I don’t want people following people that are not good.

“I don’t like speaking down on people, so doing that comes with my own experience that has been going on for two years. I can’t be close to somebody that threatens my mum.”

Akindele has remained silent about the whole drama on social media.

2023 Presidency: Ooni Of Ife reveals why he didn’t endorse Tinubu