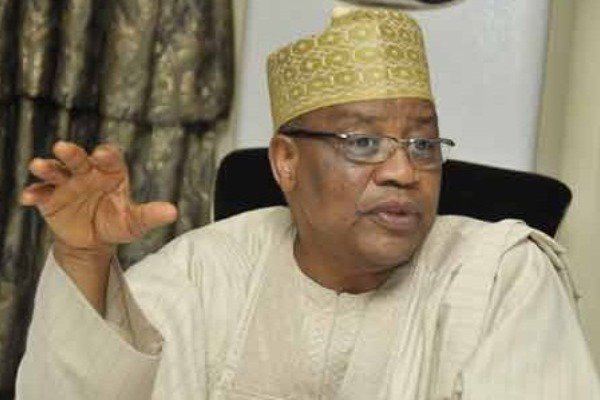 OPEN LETTER TO THE EIGHTH PRESIDENT OF NIGERIA

I’m Olayiwola Rasheed Jebba Hamilton, a Production Engineer, Author, Public Writer and Media consultant, and a citizen of Nigeria. My father; Olayiwola Hamzat Habeeblah, is a clergy, and was years ago the Imam of a Mosque in my community. He is presently the Chief Imam of Agege LGA, Lagos State. That is the highest he attained. My mother, was a supervisor at Emzor Pharmaceutical Manufacturing Company before she retired. She was an ecclesiastic before she died in 2015.

I chose to introduce myself to you upfront so you know I have no pedigree to match yours, and because I know your supporters and attack dogs will come after me, and ask questions about my pedigree. They will ask: “who is his father….who is he to dare write a letter to a former Head of State and President..”? Now you know. And hopefully, they know too!

The only pedigree that I stand on to write you today sir, is my citizenship of Nigeria, a privilege and right I share and enjoy with you. The Constitution of Nigeria, gave us (you and I and others) the right to free speech. You have constantly and frequently exercised that right in writing letters or communicating via interview to our fellow citizens who happened by good fortunes to be former and present leaders of the country. You granted an interview expressing your opinion in comparing your led administration to that of present Buhari led administration. I’m writing you this letter in the exercise of the same right-free speech.

In your interview with AriseTv, you make it down that you fought corruption more in your led administration more that the present administration led by President Muhammadu Buhari.

Where do I start here? Is it financial or political corruption? Do you know who started corrupting in our political system sir? It is you.

Ab-initio, amongst the members of the Supreme Military Council that happened to be the Apex ruling military body in the country as at that time, you were the youngest, which is the rare privilege then and now.

You led the coup that terminated the most promising government/ administration in years and took over power and government. You were only forty-four (44) years of age as at the time. You w were forced out at fifty-two (52) years, at an age many cannot boast today of being councilors!

You took the title of President instead of Head of State, and mesmerized us with your contrived charm and democratic posture.

In eight (8) years of your ruinous government, you started a transition that you expected will end up with you as a life President. You banned, unbanned and re-banned politicians, just to pave way for yourself. You registered and unregistered Political Parties in furtherance of your aim- to continue to rule.

You ended up with a Two Party arrangement that you hoped will adopt you as their sole candidate. The Parties had other plans, and nominated the generalissimo of Yorubaland, Iba Moshood Kashimawo Olawale Abiola, as SDP Presidential Candidate, and Bashir Tofa, as the NRC Presidential Candidate. Both were perceived to be lackey of the strongman and were expected to easily surrender if they won and were denied victory.

You didn’t know or realize that Iba MKO Abiola, was a man of steel determination. Who wouldn’t after winning an election perceived and adjudged to be the freest, fairest, and most credible? Who will give-up power or the prospect of real power so easily? My people say that you don’t do a trial run of the insignia of a King on a prince who is on the line or qualified to be a King. If it fits and he runs away with it, he is King. Iba MKO Abiola wanted to be king and he got it.

Perceiving that you won’t give up the throne easily, he procured an Arthur Nzeribe of the infamous ABN-Association of Better Nigeria, to file a lawsuit against the conduct of election. You procured Justice Ikpeme to rubber stamp your desire, and the election was annulled, plunging the country into the worst political and economic crises.

Having lost grip of the situation, and seeking for self-preservation, you concocted an Interim arrangement known as Interim National Government-ING, with Chief Ernest Sonekan as leader. You left behind your former Chief Of Army Staf and CDS, who later became your nemesis, behind to watch over the contraption. It was like giving a cat custody of a rat. It was only a matter of time before the cat feasted on the rat. You struck and imposed on the country the most brutal regime in the country.

Before then, you led the country on a wild goose chase of a debate on IMF Conditionalities. At the end, you told a bemused nation” There is no alternative to the IMF conditionalities”. You then proceeded to devalue the Naira claiming or agreeing with the IMF that it was overvalued and discouraging foreign investment into the country. Chief Olu Falae and Dr Idika Kalu, were the salesmen of the ruinous policy.

You embarked on Privatization Policy that was in many people’s opinion, a great idea. But the implementation of the policy was dark. Our key and critical assets were undervalued and sold for peanuts to friends, fronts, and associates. The economy went into a tailspin. Corruption became a state policy. Anything became possible if you can settle. The culture of settlement became our culture. We have not recovered.

Your evil genius as you’re sobriquetly called brought about a book penned by Professor Olatunji Dare which he titled “Diary of a debacle”. Despite all the aforementioned atop, for you to have the chutzpah and embark on revisionism is mind boggling and audacious. But then, we can’t blame you so much- because we are victims of deliberate and self-imposed amnesia.

The purpose of history is not to make us happy, it is to remind us. I have taken the time to present you this brief history in the hope that you will know the painful truth.

Has President Muhammadu Buhari met all our expectations? No. Is he the best or worst President as some are saying? No, because he is still governing, and we don’t mark a script when a student is still writing exams. But from all I can see, hear, and know, he is on course. But for you, whose scripts we have marked and adjuged to be a massive failure to lecture us on Good governance is preposterous because during your watch, you smashed every value metrics and literally “legalized” rot, corruption, abuses, and plunged the country into the worst economic and political crises which pontificate on values.

Sir, no serious people will listen to the tales by moonlight of the worst detractor of their country by actions and words; not to dwell on it or attempt to make sense of it because if you had done 10% good, Nigeria will be up with the best.

So, today, you’re lecturing on leadership, how dare you?

Finally, I want to thank you for taking the time to read my letter. My sincere respect and regards to you sir.