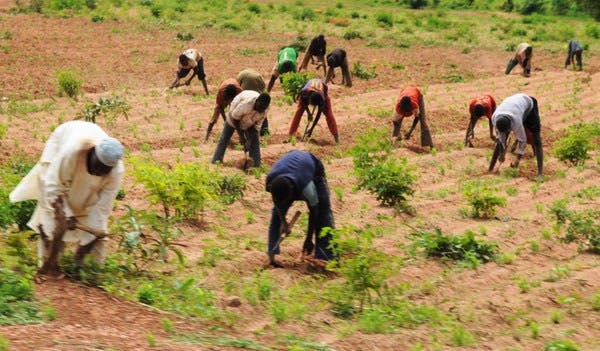 AS bandits continue to attack and get away with their atrocities without serious challenge from security operatives, many farmers in Niger State have fled their farms and have vowed never to return until security is beefed up around them. To underscore their seriousness, many of them have already relocated from the farming communities to Minna, the state capital, to escape the brutality of criminals variously described as bandits, kidnappers, hoodlums, cattle rustlers and armed robbers.

Things got to the worst in recent times when the criminals not only attacked and dispossessed the farmers of their possessions, but began to set their houses ablaze as a conquered people, leaving them with nothing to manage their lives with. The bandits have successfully taken their atrocities to no fewer than 18 of the 25 local government areas of the state and are unwilling to halt their infamy despite threats from security agencies.

As a result of the unrelenting onslaughts by bandits on farmers, many have since abandoned farming and harvesting of their mature crops, a development that is already forcing an increase in the prices of foodstuff. Many of the farmers interviewed by Arewa Voice said they would not risk their lives by going back to the farms except adequate security is assured.

A yam farmer, Adamu Useni Allawa, who also cultivates maize and millet, lamented that although he was eager to return to his farm, he would only do so when there is improved security in the farms. He said: â€œI am eager to go back to my farm but my fear is this insecurity. It troubles my mind to go back because of insecurity. Any time it pricks my heart to go back to the farm, I often have another premonition that going back there might be a journey of no return.

I am not in any way preparing now because I donâ€™t have the confidence. I donâ€™t do any other work than farming but I cannot risk my life for farming as it is. â€œI have a bitter experience, which is still fresh in my memory. It is about my uncle and his friends who the bandits met in their farms and shot them to death instantly without any sympathy.

Some of these bandits after attacking and killing our people even run away with their seedlings and we are left with virtually nothing to start fresh planting. We have relocated to Pandogari and have become refugees in a strange environment, doing nothing.â€ Another farmer, Umaru Adamu Allawa, said his hope rested on government to provide more security to enable him and others go back to their various farms. Allawa said: â€œIf the banditry situation continues like this, there is no hope for us to go back to the farm.

Our yearly turnover is massive and even if we cannot feed the state or the entire nation, we can feed our zone that comprises eight wards in Shiroro Local government effectively.â€ Bala Usman, a public servant who also is also a farmer, said: â€œWith the present insecurity in my area-comprising Lakpma, Munyan and Rafi local government areas, the farmers are no longer able to go to their farms. The implication is that it will surely affect the economy of the areas concerned, the state and the country in general. That is why we call on government at all levels to intervene immediately in order to enable farmers go back to their farms. â€œEven if we are supplied the necessary farming inputs like fertilisers, seedlings, among others, it will be difficult to transport them to the affected areas because of these bandits.

Also, we will find it difficult to start all over again because apart from killing our people, the bandits also steal and burn down our seedlings and we are now left with virtually nothing to take off again.â€ Similarly, Comrade Shuaibu Yusuf, who is from Manta, one of the ravaged areas by bandits, said from the look of things, it will be very difficult for farmers in the troubled communities to farm this year. The Permanent Secretary in the state Ministry of Agriculture and Rural Development, Idris Usman Gbogan, however, assured the farmers that the Niger State government was aware of the security challenges and has taken steps to further protect lives and property of its people, especially those areas constantly raided by the bandits.

Gbogan told Arewa Voice in an interview that the state government has procured farming inputs in preparation for the coming planting season. He said: â€œThe step taken by the state government is to cushion the effect of transportation cost for the agro input companies as a way of reducing the cost of agricultural inputs. By the first week of next month, the state Governor, Alhaji Abubakar Sani Bello, will launch the 2021 farming season and, thereafter, all these agricultural inputs will be ferried to all parts of the state under tight security.

Gbogan said despite the insecurity and other challenges, there is still hope for bumper harvest in the state and this is why government is ensuring that they get the necessary inputs they need. The state Chairman of All Farmers Association of Nigeria, AFAN, Niger State Chapter, Alhaji Shehu Galadima, told Arewa Voice that banditry was a bad omen for the state and its people and should be tackled with immediate effect. â€œLast year, it was not easy for farmers because many of them could not conclude their farming processes.

Some of them who fled their ancestral homes because of the bandits cannot even go back to their homes to get their seedlings and other property in readiness for this planting season. Just about two days ago, in Kuchi Town in Sarkin Pawa Local Government Area of the state, the entire community was sacked and the people had to run for their lives.

â€œOther places having similar problems are Shiroro, Mariga, Munyan and parts of Paikoro, Rijau, Mashegu local government areas, just to mention a few. They are all overwhelmed with this type of problem. â€œWe are afraid that this yearâ€™s farming is being seriously threatened and it is not going to be easy for our farmers in the state because of the security issues. If the lives and properties of people are not secured, nobody will be able to do anything,â€ the AFAN chairman pointed out.