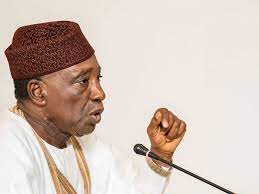 The Federal Government on Thursday distributed agricultural inputs to women smallholders farmers in North-Central states and the Federal Capital Territory.

Minister of Agriculture and Rural Development, Sabo Nanono, who carried out the distribution exercise in Abuja, said the move was to increase production and reduce wastage in the sector.

He said the distribution of inputs to 7,500 women smallholders and processors was part of governmentâ€™s commitment to gender equality and womenâ€™s empowerment in the agricultural sector.

He said, â€œI have deliberately undertaken initiatives aimed at promoting gender equality and empowerment of women.

Nanono stated that the ministry and its research institutions were working towards making Nigeria self-sufficient in good quality seed and its availability to farmers as a foundation for attaining food and nutrition security as well as industrialisation.

â€œWe are making concerted efforts to improve rural infrastructure such as rural roads, boreholes, irrigation facilities, solar lights, markets, etc, that are enablers for improved agricultural performance for our farmers and processors active in the rural space,â€ he stated.

The minister stated that other value-chain supports were also advanced that would invariably contribute to the attainment of governmentâ€™s desire to ensure easy access to quality food and nutrition by Nigerians.

He stated that additional nutritional value kits would be distributed to the women, adding that the choice of the crops was based on comparative advantage to its production.