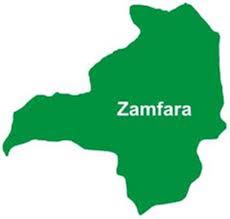 A total of 73 students were abducted on Wednesday morning, when gunmen invaded the school and started shooting sporadically.

A parent of one of the students who escaped confirmed the development to BBC Hausa on Thursday.

Speaking on how his daughter regained her freedom, the parent said the students were divided into groups, and the five students — all female — saw an opportunity to escape.

“She said they were divided into two groups. She told us some of the girls were around her age, while others were younger than her,” the student’s father said.

“As they were being divided into groups, she said five of them hid and the others left without them. That was how they escaped.

“They began running into the forest and arrived around 1am. They didn’t know where they were until they sighted a mosque here.

“One of them has been hospitalised. Our daughter has been sleeping since she came home. We had to administer a drip. Overall, they are all getting better. One of them has even started walking around.”

According to the father, his daughter is around 11 years old, while the other students who escaped are between ages 12 and 13.

He added that two of his daughters are among the 68 students still in captivity.

Meanwhile, Bello Matawalle, governor of Zamfara, has ordered the closure of schools across the state.