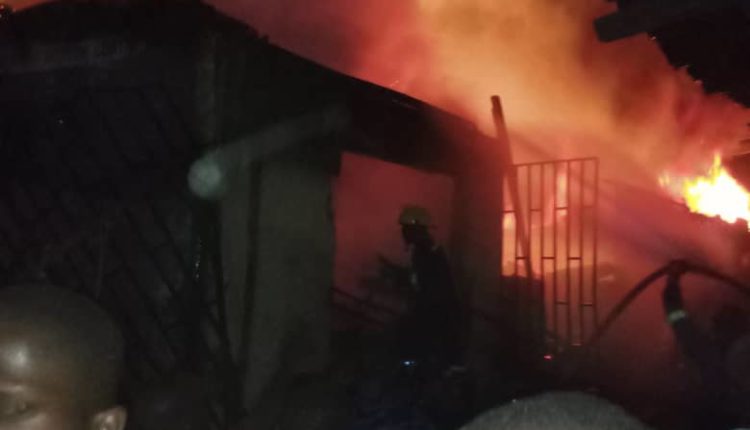 Men of the Federal Capital Territory (FCT) Fire Service are currently battling to bring under control a fire that engulfed part of the Nyanya market on Tuesday evening.

The fire which was said to have started at about 7.30pm  on Tuesday from an unknown source has already claimed several shops before the arrival of the men of FCT fire service.

Eye witnesses told our correspondent that the fire started shortly after most of the traders had closed their shops for the day, adding that the traders were however forced to return to the market to salvage their wares upon hearing the news of the fire outbreak.