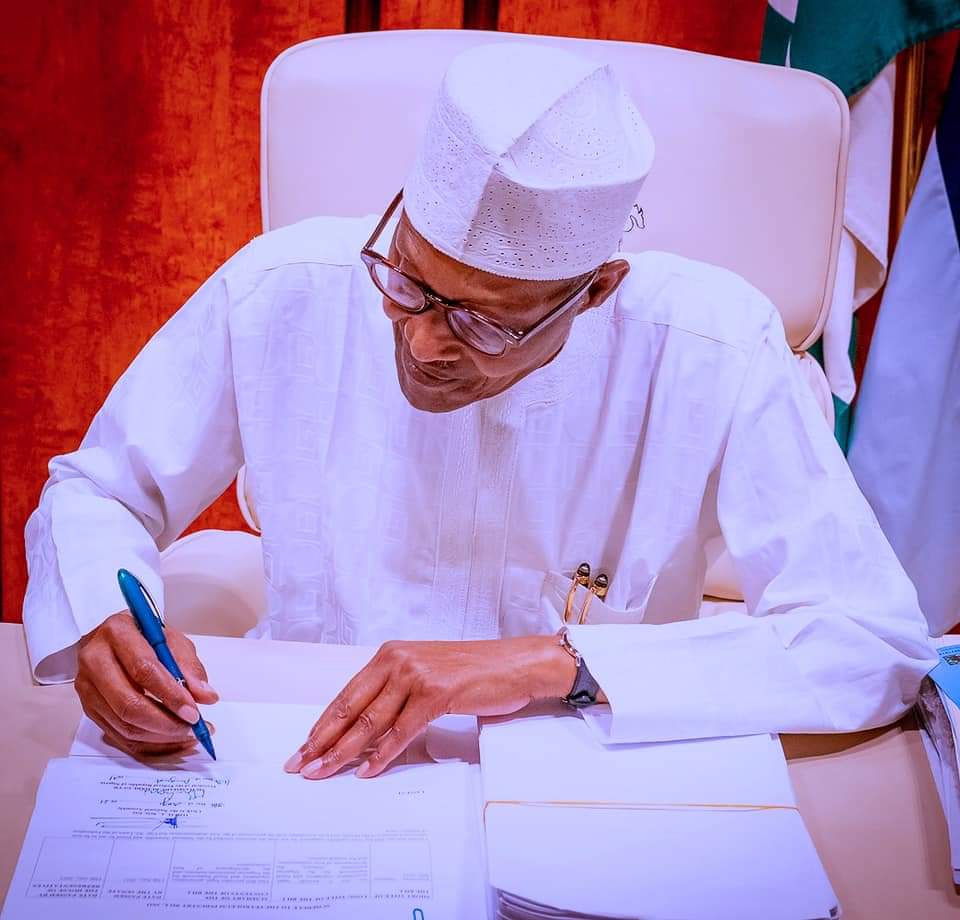 A standard gauge rail being planned from Kano State in Nigeria to Maradi in Niger Republic is one of the projects the President, Major General Muhammadu Buhari (retd.), plans to fund with the fresh external loans he is asking the National Assembly to approve for his regime, The Editor Nigeria has learnt.

He also sought the legislature’s approval for grant components of $125m in the 2018-2020 external rolling borrowing plan.

These were contained in a letter addressed to both chambers of the National Assembly and read on the floor at the resumption of plenary by the presiding officers Messrs Ahmad Lawan and Femi Gbajabiamila (Senate President and Speaker of House of Representatives respectively) on Tuesday.

Buhari, in the letter, dated August 24, 2021, explained that the projects listed in the 2018-2021 Federal Government Borrowing Plan would be financed through sovereign loans from the World Bank, French Development Agency, EXIM Bank International Fund for Agricultural Development, Credit Suisse Group and Standard Chattered/China Export and Credit in the total sum of $4,054,476,863 and €710m (839m) and grant components of $125m.

According to the breakdown obtained exclusively by one of our correspondents from the Ministry of Finance, Budget and National Planning, five international bodies will jointly provide the $4,054,476,863 component of the loan.

According to the document, the $190,255,276 to be provided by European ECA/KfW/IPEX/APC will be spent on the Nigeria to Niger Republic rail line.

The document gave the project title as “Kano-Maradi SGR with branch to Dutse” and identified the implementing MDA as the Federal Ministry of Transportation.

“Financing cost which the lender requested to be capitalised” was written under the column for multilateral institution.

On the expected impact of the project on the geo-political development, the Federal Government wrote, “The project is to link Nigeria with Niger Republic from Kano-Katsina-Daura-Jibiya-Maradi with branch to Dutse.

“It is part of the Trans-Africa Railway System and it is expected to improve the international trade between Nigeria, Niger and other North-Africa countries.”

Also, the $225,120,000 to be provided by China Exim Bank is expected to be spent on the Lagos-Ibadan Railway Modernisation Project.

It is meant to cater for the construction of the branch line (Apapa-Tin Can Island Port) project.

The $50,000,000 to be provided by IFAD will be spent on what the government called Value Chain Development Programme -Additional Financing II.

The expected impact, according to the government, is “to support a measurable increase in the programme’s outreach to 100,000 farmers, including over 6,000 and 3,000 processors and traders respectively.

“It will also support the mainstreaming of issues that were not considered at the stage of programme design.”

The Bank of China’s $276,981,587 will be spent on the establishment of three power renewable energy projects; Credit Sussie Group’s €500,000,000 will be spent on sovereign guarantee for the issuance of Euro bond as collateral to enable Bank of Industry fund its projects; while the -$62,120,000 to be provided by Standard Chartered Bank/China Export and Credit (SINOSURE) will be used to provide 17MW hybrid solar power infrastructure for the National Assembly complex.

Part of Buhari’s letter to the National Assembly had read, “I write on the above subject and submit the attached addendum to the proposed 2018-2020 external rolling borrowing plan for the consideration and concurrent approval of the senate for the same to become effective.

“The distinguished Senate President may recall that I submitted a request on 2018-2020 borrowing plan for the approval of the senate in May 2021.

“However, in view of other emerging needs and to ensure that all critical projects approved by Federal Executive Council as of June 2021 are incorporated, I hereby forward an addendum to the proposed borrowing plan.

“The projects listed in the external borrowing plan are to be financed through sovereign loans from the World Bank, French Development Agency, EXIM Bank and IFAD in the total sum of $4,054,476,863 and €710m and grant components of $125m.

Meanwhile, the Chairman of the Senate Committee on the Army, Senator Ali Ndume, has described as worrisome, the rate at which the regime of the President, has been borrowing foreign loans to fund budget deficits.

He also faulted the speed with which the federal parliament approves such loans whenever the requests were sent by the President.

Ndume at a news conference on Thursday, expressed dismay at the speed with which the nation’s Parliament has been approving the loans.

He said, “Honestly, I’m not an expert in debt analysis. You have the debt management office there.

“However, the rate of our borrowing is increasing and is worrisome. But it is not the borrowing that is the problem as I always say, it is what you do with what you borrow.

“It is not wrong, for example, to borrow money from the bank with some reasonable interest to buy a car, especially when you have a family – wife and children to take to school, and you plan to repay gradually with your salary. It is fine, because you cannot afford the money to buy the car on your own.

“Borrowing in that situation, becomes a necessity. But, when you borrow and you cannot buy fuel, then you keep borrowing to buy fuel, and you give the car as collateral to collect fuel… I don’t support that…

“It is not the borrowing. And this request for loans that the President sent to the National Assembly is part of the approved external borrowing plan but as I said… I am just very careful.”

“You guys should look at what the borrowing is for in the first place. Is it necessary? Are the terms good? Borrowing is not a crime except when the rate of debt servicing increases. I understand it’s getting to 80, 90 per cent.. You have to be cautious. You have to look at alternatives.

Ndume however stressed the need to do a critical analysis to see whether it was necessary to take loans in the first instance.

He said, “Let us look at the implications and what the money is meant for.

“For example, we have infrastructural deficit in this country and what we hear when people come to Abuja or when allocations are made, you can’t tell what is done with it.

“Another thing I’m worried about is the way the Senate is handling it.

The Senate, by definition, is House of deliberation.

“When things like this (loan request) comes, you don’t just say, because you want to be good, you approve it. No.

“You’re supposed to look at it critically. Cross the ‘Ts’, dot the ‘Is’, ask questions, carry the people you are representing along, ask if they agree. Not that we just sit down and just approve it.

“We thought it might be good but the way we do it make the people we represent look at us suspiciously.

“There are situations where the time is short and we need to act fast, then we’ll have to carry the people along. I feel pain when they say “you people again.”

“This is the last one, I won’t do it again. You call us rubber stamp and all that but if there are certain things they can wait, that we need to analyse and not rush.

“We rushed to approve certain borrowings. Up till now, we didn’t get the money. So why did we rush? These are the questions that comes to my head most of the time.”

Advertisement
Related Topics:FGRail
Up Next