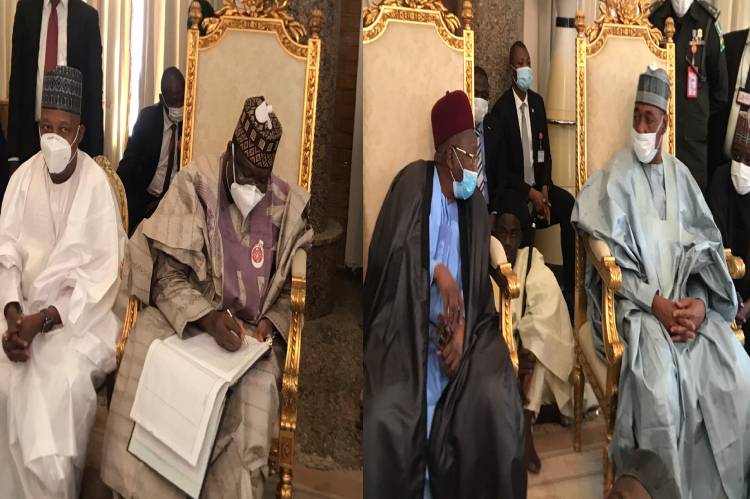 The federal government high powered delegation led by the president of the Senate, Sen. Ahmed Lawan are in Borno to condole with the State government and people of Borno on the farmers killed by Boko Haram terrorists.

A total number of 67 bodies were buried as of this morning.

The Senate President assured commitment of the Federal Government in ending the insurgency.

He said the Federal government will ensure support to the military and improve bilateral relationships with neighbouring countries to ensure terrorists do not have a safe haven to attack from.

Senator Ahmed Lawan added that the armed forces have been given a matching order to take the fight to the insurgents until they are completely wiped out of the country.

Buhari: â€œNothing is more important than ensuring the security of lives and property of Nigerians