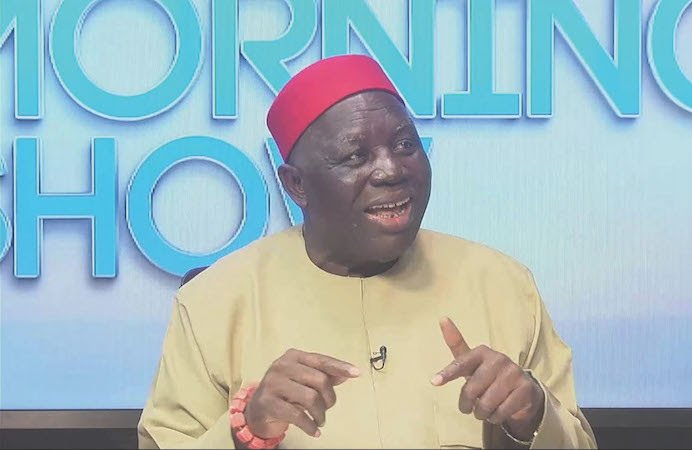 The apex Igbo socio-cultural organisation, Ohanaeze Ndigbo, has faulted the failure of the Federal Government to accord Enugu State, the status of an oil-producing state.

The National Publicity Secretary of the organisation, Chief Alex Ogbonnia, stated this in a telephone interview with one of our correspondents on Monday.

He said in as much as the group did not begrudge Kogi State becoming an oil-producing state, the exclusion of Enugu State despite its presence in the oil-rich Anambra basin was injustice.

Ogbonnia said this as Enugu State vowed to pursue its inclusion among oil-producing states.

The Revenue Mobilisation Allocation and Fiscal Commission, had, in a letter by its Secretary, M.B. Shehu, dated August 24, 2021, approved the attribution of Oda River oil well- 1 wholly to Kogi State.

With the development, Kogi officially joined the list of oil producing states and eligible for the 13 per cent derivation fund.

But National Publicity Secretary of Ohanaeze Ndigbo, Ogbonnia, told The PUNCH that classifying a state as an oil producing state was a necessary, but not a sufficient condition to receive benefits.

He said, “Ohanaeze does not begrudge Kogi State being oil-producing state. What the Federal Government has done is like King Solomon’s judgment when a child was brought before him, but in this circumstance now, three states are involved in that Anambra Basin – Enugu, Anambra and Kogi states.

“The Anambra Basin includes Anambra, Enugu and Kogi states. While the Federal Government has recognised Anambra and Kogi as oil-producing states, it has left out Enugu State.

“It is wrong and there is no justification for leaving Enugu State out of it because if you go to the basin and look at it properly, you will see that the Iga community is within that basin and also some other communities within that area.

“Why should they exclude Enugu State and limit it to Kogi and Anambra? What happens to other communities that have deposits of oil and gas within their subsoil?

“There is no justification to leave out Enugu State and I believe that it will be taken up. We have a senator representing that place and the state government. They have to take it up.

“It is another form of injustice. There is no equity in it. Three groups are competing for the Anambra Basin and the boundary commission has not fully defined the boundary. But no matter what the boundary commission does, the truth remains that the Iga community, which is culturally Kogi, is Enugu State politically. So this is a complex matter, which can be simplified by the Presidency.”

On its part, the Enugu State Government vowed to continue to pursue the recognition of the state as an oil-producing state and the payment of the 13 per cent fund.

The state Commissioner for Information Mr Chidi Aroh, stated this on Monday. According to Aroh, there is oil in Enugu State communities that fall within the Anambra Basin and it will be unjust not to include the state as an oil-producing state in that regard.

He said, “Enugu State has continued to say that there is oil in its subsoil and should be recognised as an oil -producing state. So, we will continue to stand on that position until it is ratified and justice is done.”

Meanwhile, the Senior Special Assistant to the Governor on Social Media and stakeholder in the Uzo-Uwani Local Government Area, where some communities fall within the Anambra Basin, Mr Jonathan Emmanuel, said that Governor Ifeanyi Ugwuanyi, would not allow the state to be denied its rights.

Jonathan, who spoke with one of our correspondents in interview on Monday, said, “If the Federal Government classified Kogi as an oil- producing state, Enugu State should equally be recognised as such. This zone where this oil is located is the middle point of Anambra, Enugu and Kogi.

“The Enugu part of that middle point is where we have the Ogbolie zone in the Uzo-Uwani Local Government Area – the Igala speaking part of the Uzo-Uwani LGA. That is where we have the Ogwurugwu, Iga and Ojo communities. Before now, there was an issue in respect to the Orient Oil over extending their pipe to Iga community. The main thing there now is that it is already discovered that we have oil in this Ogbolie zone which is in the Uzo-Uwani Local Government. Having considered Anambra as an oil- producing state and Kogi now of late, there is no doubt that Enugu State is going to benefit from the Federal Government recognition.

“I am also sure that the government of Enugu State under the leadership of Governor Ifeanyi Ugwuanyi will do the needful because he has been defending the rights of the good people of Enugu State.”

The representative of Enugu East Senatorial District in the National Assembly, Senator Chimaroke Nnamani, expressed support for the position taken by the Ohanaeze.

The Enugu East Senator, who is a former governor of the state, in an interview with one of our correspondents on Monday, urged the Department of Petroleum Resources to recognise the state as an oil producing state.

But the Anambra State Government said it was excited being classified as an oil-producing state by the Federal Government.

The Commissioner for Information and Public Enlightenment, C-Adinuba, said the state had produced oil for some years without the attendant remuneration.

On its part, the Pan-Northern sociopolitical organisation, Arewa Consultative Forum, threw its weight behind the Federal Government designating Kogi State among the oil-producing states of the country.

The National Publicity Secretary, Emmanuel Yawe, in response to an enquiry by one of our correspondents in Kaduna, said there was nothing political about designating the state (Kogi) as an oil producing state.