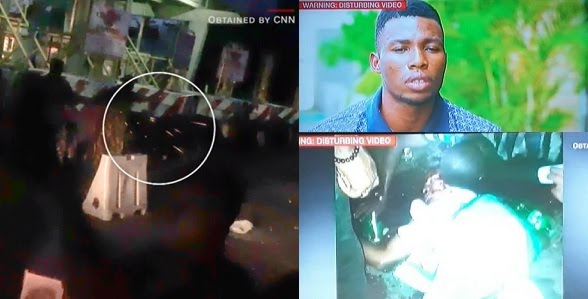 Buratai, Army chief declared that there was no corpse during the EndSARS protest at Lekki toll gate.

Lt. Gen. Tukur Buratai, the Chief of Army Staff, has maintained that soldiers of the Nigerian Army did not kill peaceful EndSARS protesters at the Lekki tollgate on the night of October 20, 2020.

Speaking at the decoration of 39 newly promoted Major Generals, on Friday in Abuja, Buratai stated that there was no corpse during the protest at Lekki toll gate.
According to the military chief, those claiming EndSARS protesters were killed were seeing double.

Recall that on Sunday, October 11, 2020, the Inspector General of Police (IGP), Mohammed Adamu, disbanded SARS following a widespread protest from Nigerians worldwide. However, the announcement that SARS has been scrapped did not take protesters from the streets which resulted in the declaration of a curfew by the Lagos government.

Following the curfew, soldiers of the Nigerian Army invaded a peaceful protest at Lekki toll gate on Tuesday evening, October 20, shooting at #EndSARS protesters in the process.
Popular Nigerian Disc Jockey, Obianuju Catherine Udeh, also known as DJ Switch, had alleged that soldiers shot and killed some of the people protesting at Lekki toll gate.

The Cable News Network (CNN), in an investigative report, also claimed that the Army shot directly at protesters killing one of them.
The army who initially denied involvement in the Lekki shootings, later disclosed that its officers were invited by the Lagos State Governor, Babajide Sanwo-Olu, to enforce a curfew imposed on the state last Tuesday.

The Nigerian Army also denied allegations that it shot at peaceful protesters, saying it merely fired blanks into the air to disperse stone-throwers.