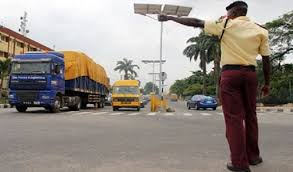 Silifat Adeyemo, wife of Lagos State Traffic Management Authority official, Rotimi Adeyemo, who was killed by a policemen at Iyana Ipaja in November 2018, has pleaded with the Lagos State Judicial Panel of Inquiry probing allegations of human rights abuses against the police to help her secure scholarship up to the university for her three children.

Silifat told the retired Justice Doris Okuwobi-led panel, that her husband was at his duty post at Iyana Ipaja roundabout on November 28, 2018, when he was killed by an official of the disbanded police Special Anti-Robbery Squad, Olakunle Olonade.

She said the deceased and herself were at home from the morning of that day till about 2pm when it was time for him to go to resume for afternoon duty. She said they left the house together because she also wanted to buy certain things.

â€œWhen he got to his station at Iyana Ipaja, I left him there and I went to get some things. On my way back, he was still there on duty. I told him I was going home, he said I should go and prepare beans for him, that he was coming. He even bought a phone and gave it to me to configure for him,â€ the widow said.

She said at about 10pm when she was expecting her husband to return, it was her sister-in-law and a friend that she saw.

â€œI asked them what happened, they told me my husband had an accident and he had been taken to Igbobi (National Orthopedic Hospital),â€ she said.

She said she was taken to her family house where the news was eventually broken to her.

â€œI pass through Iyana Ipaja every day, because that is my route to work and I go through psychological and emotional pains all the time. I have not been stable since then,â€ the widow said.

She said the policeman who killed her husband was not brought to justice, save that he was mobbed at the scene of the incident because her husband was popular and loved in the area.

â€œI want the panel to help me financially, because it has not been easy ever since he left me with the kids to care of. The future of my children is most paramount to me. I want them to be given good education up till the university level. I donâ€™t know if they can grant them scholarship to university; and also give us a good house,â€ she added.

Under cross-examination, the police counsel, Joseph Ebosereme, asked the widow if she would be surprised if told that the policeman who killed her husband was lynched by a mob. In response, the widow said, â€œHe was not lynched that day.â€

â€œWill you be surprised if I present the death certificate and mortuary receipt for the Inspector Olakunle Olonade?â€ the police counsel asked, to which the widow replied, â€œLet me see.â€

The widow, however, affirmed when the police lawyer told her, â€œThe Lagos State Government gave you N10m?â€

She said the N10m had since finished because her children were young at the time.

On the request of the police counsel, the panel adjourned till December 11 for continuation of cross-examination.