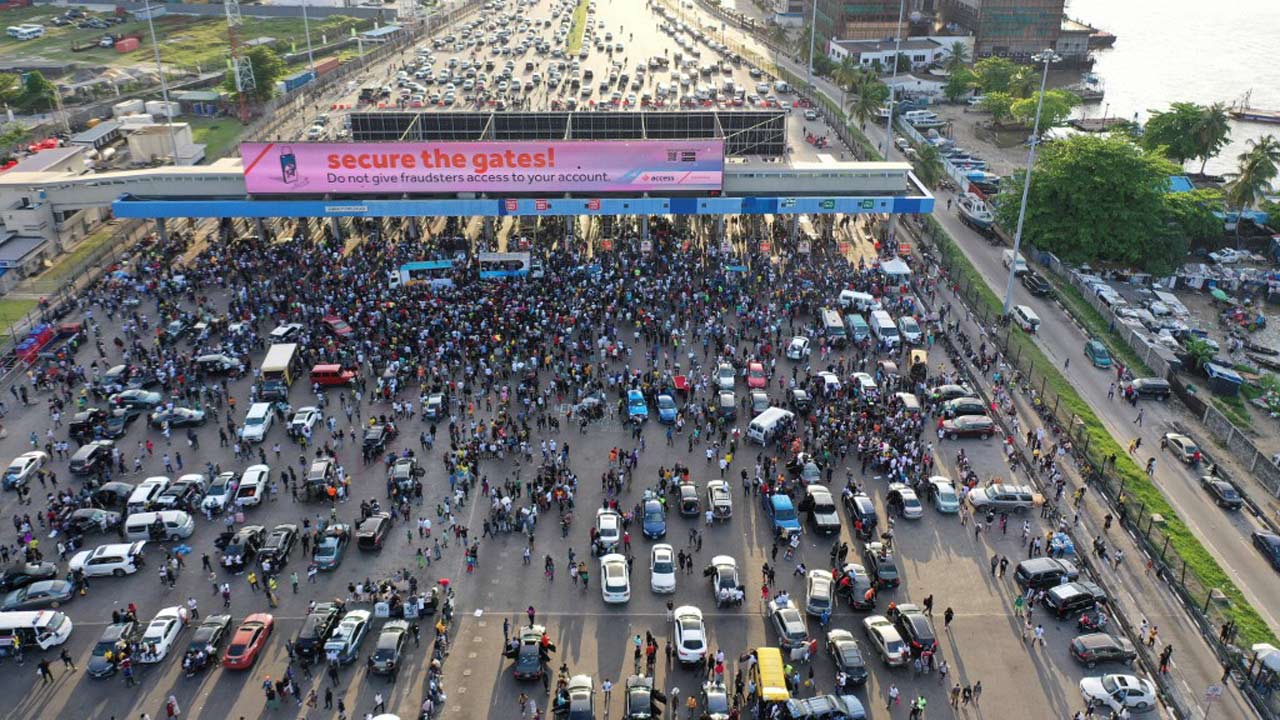 Youths have announced plans to organise a counter-protest at the Lekki tollgate on Saturday, February 13.

This is coming a few hours after some youths took to Twitter to call for a protest against the reopening of the Lekki tollgate.

The PUNCH had reported that the Lagos State Judicial Panel of Inquiry probing the alleged killing of #EndSARS protesters by soldiers at the Lekki tollgate had, on Saturday, approved the reopening of the tollgate.

However, four out of the nine members of the panel faulted the report of the forensic experts hired to comb the scene for evidence.

The counter-rally, which is trending on Twitter as #DefendLagos and #DemNoBornYourPapaWell, is to protest against protesters of #OccupyLekkiTollGate.

The poster of counter-rally shared on social media showed that it is holding at the same venue and time as the one planned by the #OccupyLekkiTollGate protesters.

â€œLet us protect what the destroyers left behind while we rebuild Lagos. Join the â€˜defend Lagosâ€™ rally at the Lekki toll plaza,â€ a message on the poster read with pictures of destructed buildings and other facilities during the violence that followed the #EndSARS protest in the state.

One of the promoters of the #DefendLagos protest, Olusoga Owoeye @olusogaowoeye said, â€œShow your love for our Lagos. Get your friends and your neighbors to be there. Join the DefendLagos Rally at the Lekki toll plaza on the 13th of February. We will not cede our city to criminals and insurrectionists. Lagos is our pride.â€

Another promoter, @salamhunters, said, â€œWe will defend and protect our Lagos from looters and arsonists.â€

â€œWe say no to all slowpoke and opportunists planning evil towards Lagos,â€ @Adetade6 added.

@Kazeem_AS lamented that he is yet to recover from the damages caused by the last protest.

â€œI must be there to defend Lagos. I was born in Lagos. Even though I am from Ondo State, I lived all my life in Lagos. I will never allow any miscreants to destroy Lagos again, never will it happen,â€ Olumide Akin @holumyne said.

Iyalaya @lollylarry1 noted, â€œNo one has the monopoly of madness. The destruction of Lagos by the foolish lots is enough. This time we are going to #DefendLagos and #DemNoBornYourPapaWell to do anyhow.â€

â€¢Security operatives during their deployment to Lekki tollgate to prevent the second round of #EndSARS protest in Lagos; and #EndSARS protesters in Osogbo, Osun Stateâ€¦Monday. Photos: Olukayode Jaiyeola and Bola Bamigbola

Some tweeps have expressed fear that the protests may result in a bloody clash at the Lekki tollgate, urging the state government and security agencies to step in.

One of them, @AjayiWizeman, said â€œI am sure the #DefendLagos people will not come on Saturday and be civil. They will be dressed in the police, soldiers, and DSS uniforms alongside thugs. Dem no fit face thousands who will #OccuppyLekkiTollGate Na we set the date and time!â€

@sageugo added, â€œThis is the plot, theyâ€™ll pay some Twitter influencers to trend #DefendLagos from now till 13th February, then on the D-day, theyâ€™ll unleash the same hoodlums they used to destroy Lagos during the #ENDSARS protest for a bloody clash with the #OccuppyLekkiTollGate protesters.â€

Koiki Olaseni said, â€œEventually, the Police will ban all forms of protest to guarantee peace.â€

@drjollyseg noted that â€œ@jidesanwoolu this is the time to be proactive! If care is not taken, there will be bloodshed and needless deaths following a possible clash between the two groups. Donâ€™t overrule a possible hijack by hoodlums again.â€

The Chief Press Secretary to the Lagos State Governor, Gboyega Akosile, has reacted to the planned protest slated for Saturday, February 13, 2020, against the reopening of the Lekki tollgate in the state.

Not pleased by the panelâ€™s decision, some Nigerians on Twitter threatened to occupy the tollgate on Saturday to express their displeasure.

Reacting to the planned protest, Akosile, in response to a tweet with the hashtag #DontLetThemBringLagosDown, said â€œnobody will bring our dear Lagos State down! Their rights end where other peopleâ€™s rights begin.â€

Lagos State had witnessed the destruction of public and private properties during the #EndSARS protest, before and after the alleged Lekki tollgate shooting by soldiers.

APC raises alarm over killing of its ward chairman in Benue