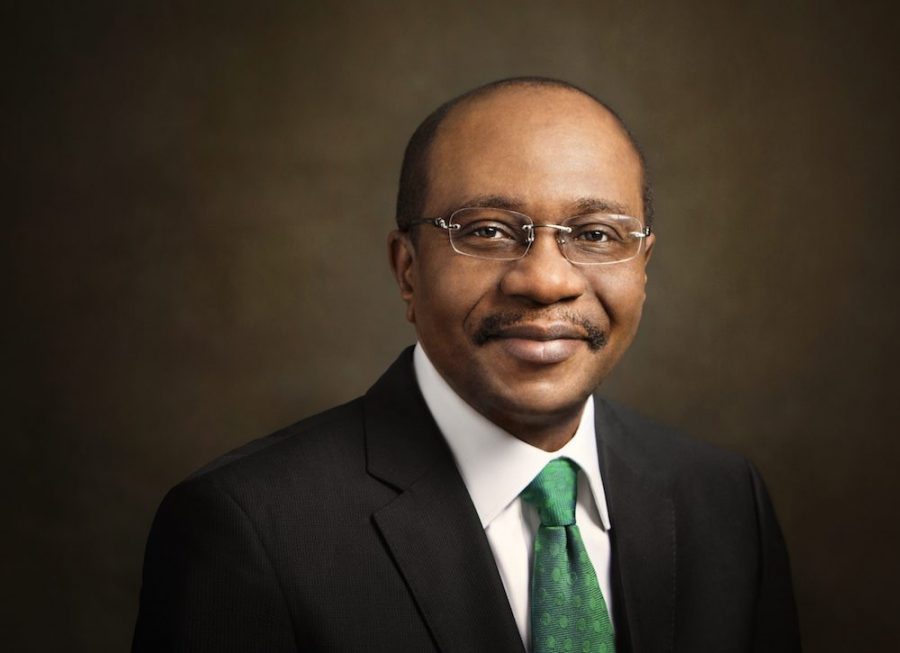 â€œMy vision as the Governor of the Central Bank of Nigeria (CBN) is to ensure that the institution is more people- focused, as its policies and programmes would be geared towards supporting job creation, reducing the high level of Treasury Bill rates, improving access to credit for MSMEs, deepening our intervention programme in the agricultural sector as well as building a robust payment system infrastructure that will help drive inclusion.â€

Those were the words of Mr. Godwin Emefiele, at his maiden press conference on June 5, 2014 after he was appointed governor of the Central Bank of Nigeria. He also promised to lead a central bank that spends its energies on building a resilient financial system that can serve the growth and development needs of Nigeria.

At the end of his first five year tenure in 2019, many Nigerians could testify that he had not only lived up to this vision, but had actually demystified central banking which hitherto was seen as something far removed from the people and unfeeling of the plight of the ordinary citizen. He brought it down to the level of the man on the street. Even the poor rural farmer is now talking of how the CBN has influenced his farming.

He has creatively implemented strategies to diversify the productive base of Nigeriaâ€™s economy, thus, creating thousands of jobs in agriculture and conserving foreign exchange.

At the time Emefiele assumed office as governor of the CBN in June 2014, Nigeria faced a series of challenges and spillover effects from the global economy.

However, with dexterity and a team of committed staff at the Bank who shared his vision, the CBN has been able to steady the economy with people-centred policies.

A nationalistic economist of a kind, Emefiele, in the course of his leadership of CBN has championed the push for diversification of the Nigerian economy, away from heavy dependence on crude oil and other imported items that can be produced in the country.

home and abroad, Emefiele went ahead with measures geared at reducing the huge sums spent by the country on importing items such as fish and rice, which went as high as N1.3 trillion a year. The dogged implementation of the Bankâ€˜s policy of restricting access to forex from the Nigerian forex market to what is now a list of 43 items, has no doubt led to huge improvements in the domestic production of those items and a reduction in Nigeriaâ€˜s import bill.

As part of its developmental mandate, the CBN, under Emefiele, since 2014, has also established, single-handedly or in conjunction with the Bankersâ€˜ Committee, various other initiatives all aimed at creating wealth and putting in place strong policies for creating jobs for the countryâ€˜s growing youth population.

The core of Emefieleâ€˜s innovative stance at the CBN has been development financing.

He believed that the CBN was to act as financial catalyst by targeting strategic sectors that could create jobs on a mass scale and reduce the countryâ€˜s import bills.

He declared that the CBN would deploy developmental initiatives to create an enabling environment with appropriate incentives to empower innovative entrepreneurs to drive growth and development.

About eight months after he was reappointed for a second term, the economy suffered another relapse into recession. This time round, the disruption was occasioned by the COVID-19 which took the whole world by storm in 2020.

The pandemic led to a significant drop in the price of crude oil and once more exposed the economyâ€™s soft underbelly. Crude oil represents about 95 per cent of the countryâ€™s export revenue and a downturn in the market for the commodity always has a ripple effect on the economy generally.

The pandemic which started as a health crisis transformed to an economic crisis and necessitated response from fiscal and monetary policy authorities across the globe.

In Nigeria, in line with the first-responder approach, the Emefiele-led central bank acted swiftly, almost when the first case broke out in the country by unveiling a raft of measures to moderate the impact of the virus on households, businesses as well as the economy.

Perhaps, Emefieleâ€™s finest moments are his exploits in the agricultural sector. Here he has demonstrated uncanny understanding and belief that Nigeria has the capacity and capability to lead the world.

Today, Emefiele is described as the best friend of farmers in Nigeria. He has gone all out to help regain the lost glory of Nigeria in agriculture, meet the local demand and stop the exportation of jobs to other countries at the detriment of our local farmers and industries.

Aside from conserving foreign exchange, the introduction of the policy that excluded 43 items from being procured with foreign exchange from the Nigerian forex markets by Emefiele, was largely aimed at improving domestic agriculture production.

The innovative policies he initiated such as Anchor Borrowersâ€˜ Programme (ABP) launched by President Muhammadu Buhari in November 2015 has triggered a revolution in the value chain of selected crops, especially rice and maize. This novel development finance intervention scheme ensured that Nigeria emerged from being a net importer of rice to becoming a major producer of the commodity, supplying key markets in neighbouring countries. Today, the country produces nine million metric tonnes of rice per annum, enough for the country to even export.

Statistics reveal that the programme has so far financed over 3.1 million farmers to the tune of over N492 billion for the cultivation of 3,801,397 hectares across 21 commodities through 23 Participating Financial Institutions in the 36 states of the Federation and FCT.

In terms of job creation, the programme has generated over three million direct and indirect jobs across the agricultural value chain.

In a bid to encourage local manufacturers to consider local options in sourcing their raw materials, the CBN, under Emefiele, restricted access to foreign exchange on 43 items. Four of these items alone, at the time, constituted over N1trillion of Nigeriaâ€˜s annual import bill.

In addition to this, the Bank also established an Investors and Exporters (I&E) window, which allowed investors and exporters to purchase and sell foreign exchange at the prevailing market rate.

Other policies which the CBN introduced under Emefiele to empower the people and stimulate the economy include, the Youth Entrepreneurship Development Programme (YEDP), Accelerated Agricultural Development Scheme (AADS), the Agri-business/Small and Medium Enterprises Investment Scheme (AGSMEIS), the National Collateral Registry (NCR) and lately the Creative Industry Financing Initiative (CIFI), which is a collaboration between the CBN and the Bankersâ€˜ Committee.

It is on record that no other CBN policy has impacted the life of the ordinary Nigerian as those initiated and implemented by the Emefiele administration. Emefiele has indeed written his name in gold as governor of a people focused central bank.

Gilbert is an Abuja- based economist