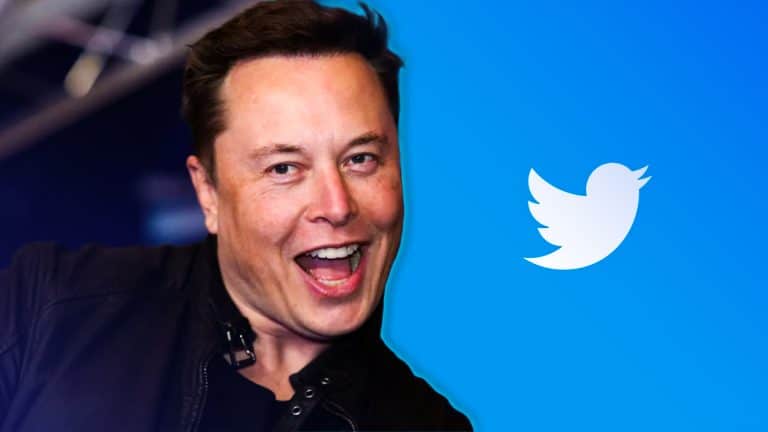 Newsonline had earlier reported that the board of Twitter Inc. accepted Elon Musk’s $44 billion offer for the company, bringing the much-talked-about deal to a close.

The takeover, if it goes through, would mark one of the biggest acquisitions in tech history and will likely have global repercussions for years to come related to how billions of people use social media.

Under the terms of the deal, shareholders will receive $54.20 in cash for each share of Twitter stock they own, matching Musk’s original offer and marking a 38% premium over the stock price the day before Musk revealed his stake in the company.

Musk first proposed the $54.20-a-share transaction on April 14, igniting a frenzied few weeks as Twitter leaders and Wall Street rushed to figure out whether Musk was serious or not. The deal comes after Musk revealed last week he had lined up $46.5 billion in financing to acquire the company, an apparent turning point that forced Twitter’s board to seriously consider the deal. The board met Sunday to evaluate Musk’s offer.

What they are saying

In his offer letter to Twitter, Musk says: “I invested in Twitter as I believe in its potential to be the platform for free speech around the globe, and I believe free speech is a societal imperative for a functioning democracy. However, since making my investment I now realize the company will neither thrive nor serve this societal imperative in its current form. Twitter needs to be transformed as a private company.”

“The Twitter Board conducted a thoughtful and comprehensive process to assess Elon’s proposal with a deliberate focus on value, certainty, and financing,” Twitter chairman Bret Taylor said in a statement. “The proposed transaction will deliver a substantial cash premium, and we believe it is the best path forward for Twitter’s stockholders.”

Elon Musk is a South-African-Canadian-American entrepreneur who lives in the United States. He is the founder of SpaceX, Tesla, and Zip2, among others. He was also one of the people responsible for the success of PayPal. Currently, he serves as Chief Executive Officer (CEO) and Chief Designer (CDO) of SpaceX, CEO and product architect of Tesla (electric vehicles), and chair of SolarCity.

Elon Musk was born in Pretoria, South-Africa on 28 June 1971. He’s the son of a Canadian model (Maye Musk) and a South-African electromechanical engineer (Errol Musk). His parents divorced in 1980, after which Musk lived with his father.

When he was 10 years old, he discovered the Commodore VIC-20. He taught himself to programme and sold a video game coded in BASIC two years later. BASIC is an imperative programming language that was originally intended to help people learn programming very quickly. The game was called Blastar, and he sold it to PC and Office Technology magazine for 500 dollars soon after.

As a child, Musk attended the independent Waterkloof House Preparatory School. He did his final exams at Pretoria Boys High School and moved to Canada in June of 1989. He then became a Canadian citizen through his Canadian mother.

During his studies at the University of Pennsylvania, Musk and fellow student Adeo Ressi bought a student house to use as a nightclub. In 1995, at the age of 24, Musk moved to California to get his PhD in physics from Stanford University, but left the university after just two days to start his own businesses in the fields of Internet, sustainable energy, and space. He became an American citizen in 2002.

When he’s just twelve years old, he’s already a better programmer than his teachers. At 24 he gives up his studies at Stanford University to start his first business.

Four years later, that business is worth 300 million dollars and is bought by Compaq. In 2002 eBay buys one of his other businesses – PayPal – for the considerable sum of 1.5 billion dollars. He invests his considerable fortune in SpaceX (2002), Tesla Motors (2004), and SolarCity (2006).

Musk and his brother Kimbal founded Zip2 in 1995, an internet company. They did so with investments from a group of business angels.

One of the things the company developed was an online city guide for newspapers. Elon Musk approached The New York Times, Wall street journal and the Chicago Tribune. During his time at Zip2, Elon wanted to become CEO of the company, but none of Zip2’s board members agreed. Compaq bought Zip2 for 307 million American dollars, of which 7% went to Musk, amounting to 22 million dollars.

In March of 1999, Musk founded X.com, an online payment platform. He invested 10 million in it.

A year later the company merged with Confinity which had its own payment platform named PayPal. The merged company focused on the services PayPal already had and continued under that name in 2001.

PayPal’s early growth was driven by a promotion that offered money to new customers if they signed up. PayPal was acquired by eBay in October of 2002, for one-and-a-half billion dollars. 165 million of that sum went to Musk. Before the takeover, Musk had been the largest shareholder with 11.7% of PayPal’s shares.

In 2001 Musk came up with the concept ‘Mars Oasis’; a project to have a small, experimental greenhouse with food crops land on Mars to generate public interest in space exploration and setting up an international space station. In October of 2001, Musk, Jim Cantrell, and Adeo Ressi travelled to Moscow to purchase old ICBMs that could shoot things into space with reusable rockets.

In Russia, Musk was received by companies NPO Lavochkin and Kosmotras. However, he was seen as an amateur and was even allegedly spat at by one of the Russian designers of the rocket. In a video circulating on the internet, Musk says that he said he was looking for a rocket, but that they could keep the nuke.

Later, Musk and his team met again with the people behind Kosmotras, after which they were offered the rocket for 8 million US dollars. Musk declined the offer and decided to start his own company with which he would build affordable rockets. With 100 million of his own earnings, he then started SpaceX in 2002 (Space Exploration Technologies Corp.) As of 2021, he remains the CEO of the company and also holds the position of Chief Engineer.

Elon Musk joined Tesla Motors, Inc. in 2004 as chairman and product architect. In 2008 he became CEO of the company. Tesla first built an electric car in 2008, the Tesla Roadster. He would later launch one of the earlier models into space. The electric car was the starting point for a whole series of new models.

One day, Musk thought of the idea of having SEXY in his Tesla portfolio. So he named the following models: Model S, Model 3, Model X and Model Y (S3XY). He could not name the second in the series Model E because Ford has registered this trade name.

With SpaceX, Musk launched the first Falcon 1 rocket in 2006. The rocket did not make it to orbit, but despite this, the company was awarded a contract by NASA (Commercial Orbital Transportation Services).

SpaceX failed twice more, causing Musk so much stress that he reported physical pain and woke up screaming from nightmares.
In 2008, Musk succeeded in launching the Falcon 1 rocket and putting it into orbit. This made SpaceX the first commercial company to do so.

In the same year, SpaceX received a new contract from NASA, called the Commercial Resupply Services contract, for a total of 12 flights with the Falcon 9 rocket in combination with the Dragon spacecraft to the International Space Station (ISS).

In 2012, the time had come. SpaceX’s Dragon capsule docked at the ISS, a true first for commercial spaceflight. The organisation’s goal was still to develop reusable rockets and capsules. The first stage of the Falcon Heavy rocket was successfully landed. Subsequent launches even landed the rocket on a self propelled ship, just off the coast.

The good ideas keep coming from Elon Musk. In 2006, he started The Boring Company, aimed at building a tunnel network under cities to relieve the heavy traffic. In early 2017, the company started building a test trench on SpaceX’s premises. In 2021, a tunnel under the Las Vegas Convention Centre was completed. Local government authorities have since approved the tunnel system.

In 2018, Musk produced and sold flamethrowers for the company, inspired by the movie Spaceballs, directed by Mel Brooks.

In 2018, Elon Musk launched the Falcon Heavy containing Musk’s personal Tesla Roadster. On the screen in the cockpit is a message for aliens who might enter the vehicle in the future: don’t panic!

In 2017, SpaceX unveiled the Starship. A year later, SpaceX announced it planned a trip to the moon in 2023. In 2020, the company performed its first manned flight, making them the first commercial company to put a person into orbit.

In 2015, SpaceX began developing the Starlink satellites that were put into low Earth orbit. The constellation of satellites would be shot into space in phases and the whole project would take around 10 years and cost $10 billion.

SpaceX has faced a lot of criticism from astronomers who say that this satellite constellation will cause danger in space. Musk firmly rejects the criticism and states that the impact of the satellites is zero.

Elon Musk is very optimistic when it comes to crypto currencies, especially about Dogecoin. The founder of Tesla and SpaceX tweeted several times about this digital currency, which he himself calls the people’s coin. In a statement, he explains that many people around him have bought Dogecoin and that he therefore also supports this token. He feels that this is the crypto currency of the general public.
Musk acknowledges that he has invested in Bitcoin, Ethereum and Dogecoin.

It is clear that Elon Musk is a busy man. Besides his businesses, he also has six children to look after.
In 2020, Musk had a son with his then girlfriend Grimes. Before that, he had five other children with his ex-wife Justine Wilson. His first child with Justine died of cot death. Nevada Alexander Musk was only 10 weeks old.

Little is known about most of his children. The name of his last child was the subject of much debate. He and partner Grimes named the child XÆ A-Xii. In a podcast with Joe Rogan, Musk revealed the way the name is pronounced: X-Ash-A-Twelve.

A large part of Elon Musk’s net worth comes from the shares he owns in Tesla and SpaceX. On 8 December 2021, he was officially the richest man in the world, with an estimated net worth of $278 billion. Musk is ahead of Amazon founder Jeff Bezos and billionaires Bill Gates and Larry Page on the list of the world’s richest people.

Publications and Books by Elon Musk