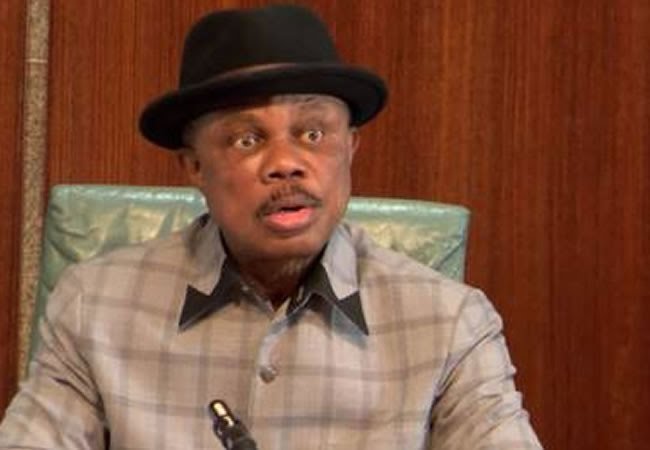 Immediate-past governor of Anambra State, Chief Willie Obiano, who was arrested on Thursday night at the Murtala Mohammed International Airport, Lagos, en route United States of America, has been denied administrative bail by the Economic and Financial Crimes Commission (EFCC).

According to EFCC sources, Obiano is being interrogated and detained over alleged embezzlement of funds during his eight-year tenure as governor.

The source said that the anti-graft agency will keep Obiano in its Abuja office throughout the weekend, and may likely secure an order from a Magistrate Court to detain him for more days.

The source said that Obiano was ferried to Abuja in the early hours of Friday from Lagos, where operatives are drilling him on how the alleged funds were misappropriated.

The source also revealed that some commissioners and principal officers, who served in Obiano’s administration, may be picked up by EFCC operatives in the coming days.

Obiano has been in a running battle with the EFCC. Last year, the anti-graft agency, issued a notice, baring Obiano from leaving the country even as governor with immunity.

Unable to effect his arrest, operatives of the Commission were on high alerts at the various exit international airports across the country, waiting for the former governor.

Spokesman of the Commission, Wilson Uwujaren, didn’t respond to calls placed on his GSM to further confirm the line of action by the anti-graft agency.

I Will Leave Nigeria If Tinubu Becomes President – Bode George