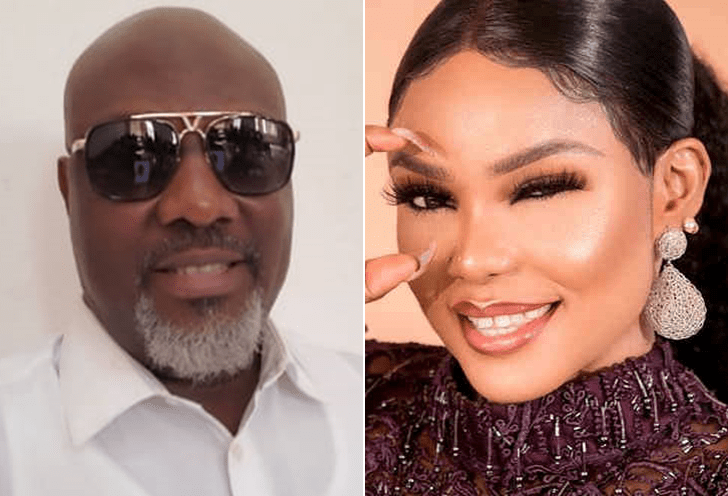 Dino Melaye has made a revelation on changing his marital status after several critics against him have risen up.

The Editor Nigeria can authoritatively report that the former senator has been in the news lately for not being married.

Some online publications have also accused him of having affairs with celebrities.

One of the publications is Gistlover on Instagram that accused him of having an affair with popular Nollywood actress, Iyabo Ojo even though this has been denied. The publication also went ahead to allege that the duo had planned to get married before another actress destroyed the plans.

Reacting to this, Dino Melaye mocked the reports, and revealed that people have been accusing him of having affairs with different individuals, and they went as far as saying he got some pregnant.

However, the senator denied this allegations, making it known on his instagram page that they are lies. Continuing, He jokingly that said when he eventually marries, his wife will pursue everyone accusing him with â€˜Kobokoâ€™.

He denied with these words

Senator Dino Melaye has always been in the public eye for his status, his expensive lifestyle, his criticisms and the many mockery song he has done for the present administration. He is known for always flaunting his flashy lifestyle, expensive and luxurious cars, mansions, and his expensive trips.

He was married to Tokunbo Melaye for about 10 years and the couple was blessed with three children before they separated due to some issues.