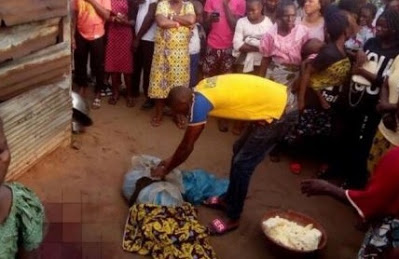 The Editor Nigeria reports that a young lady identified as Miss Anwuli Agu, in her 20s was said to have been killed by hoodlums.

Her death threw which occured at Umusume community, Obiaruku, in the Ukwuani Local Government Area of Delta State yesterday threw pandemonium into the community as residents discovered her lifeless body.

The incident, which was said to have occurred on Monday, caused panic among residents of the community.

A source in the community told Punch that the lady was murdered and dumped on the premises of the Esume-uku Primary School, Obiaruku, by the hoodlums.

â€œWe are suspecting that the killing of the girl is for ritual purposes, because some of her vital organs are missing with her hair shaved off,â€ the source stated.