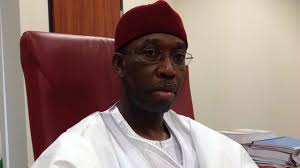 The Delta House of Assembly on Tuesday approved a request by Governor Ifeanyi Okowa for a N4 billion bridging finance loan facility from Zenith Bank.

The Editor Nigeria learnt that the Governorâ€™s request was contained in a letter forwarded to the State Assembly and read during plenary by the Speaker, Mr Sheriff Oborevwori.

Okowa said that the request was sequel to an earlier approval to secure the loan by the State Executive Council.

The loan facility, according to the governor, is for the completion of ongoing projects which will be beneficial to the people of the state.

â€œThe state is expecting the next tranche of quarterly refunds from the Federal Allocation Committee (FAAC) being its share of 13 per cent derivation that were credited to the excess crude funds utilised by the Federal Government without remitting same to the oil producing states.

â€œWhile awaiting the refunds, there is the need to galvanize contractors towards completing and achieving significant milestones in respect of ongoing legacy projects for the benefit of Deltans.

â€œTo realise the foregoing, therefore, it has become necessary to seek a bridging finance at favourable terms and conditions,â€ Okowa said in the letter.

Consequently, the Deputy Majority Leader, Mr Oboro Preyor, moved a motion for the Assembly to approve the governorâ€™s request.

The motion which was unanimously adopted by the Assembly when put to voice vote by the speaker, was seconded by the Minority Leader, Mr Innocent Anidi.

Also at Tuesdayâ€™s Plenary, the House received a letter from the governor for the confirmation of Mr Henry Idama as Director-General, Delta State Water Sector Regulatory Commission.

The nominee was directed to appear before the House on Tuesday, July 6 for screening and confirmation.