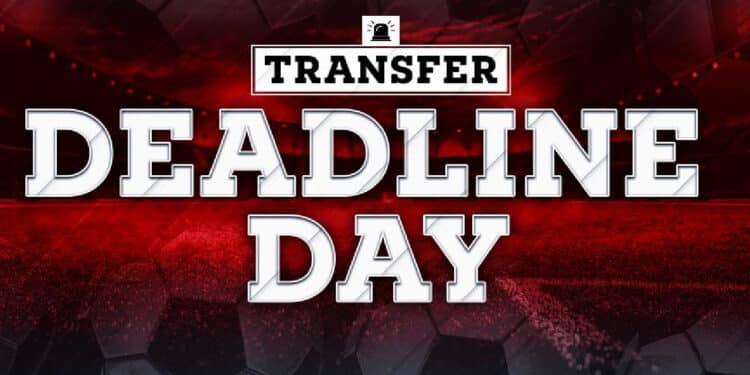 Chelsea get their guy

Chelsea have confirmed the signing of Pierre-Emmerich Aubameyang.

The ex-Arsenal star is back in the Premier League, signing a two-year deal after joining Barcelona on January.

Billy Gilmour has completed his move to Brighton, the club announced.

Chelsea was said to be unwilling to part with the midfielder, but opted to sell after receiving a reported  £9 million bid for the Scottish midfielder.

Leeds have confirmed the signing of Italian starlet Wilfried Gnonto.

The forward joins from FC Zurich, signing a five-year deal at Elland Road, running until the summer of 2027.

It means the Premier League new-boys have completed 20 signings this window.

Wolves have signed Mali midfielder Boubacar Traore on loan, subject to a visa and work permit.

The club have the option to make the deal permanent, however this could be done automatically if certain clauses are met.

The midfielder made 27 appearances last season as Metz were relegated from Ligue 1.

Daniel James has left Leeds United to join Fulham on loan. It most likely concludes the Cottagers deadline day business, but is their fourth deal of the day following Kurzawa, Willian and Vinicius to the club.

Michy Batshuayi will not be joining Nottingham Forest this summer. A deal for the Belgium international collapsed, however several windows remain open around Europe leaving the door open for a move still.

Southampton have confirmed the signing of Duje Caleta-Car from Marseille.

He becomes their fourth incoming of the day.

Hector Bellerin has left Arsenal permanently as the Spaniard returns to Barcelona where he played as a youth player from 2003-2011. La Liga confirmed the move.

The full-back spent last season on loan at Real Betis and leaves Arsenal after failing to force his way into Mikel Arteta’s plans.

Jan Bednarek has completed a loan move to Aston Villa for the remainder of the 2022-23 season.

Aston Vill and Steven Gerrard have been looking for cover following a serious injury to another summer signing, Diego Carlos.

Carlos Vinicius has joined Fulham making him their third deadline day signing. Vincius joins permanently, signing a contract until 2025 with the club. The Brazilian forward spent the 2020-21 season on loan at Tottenham, who incidentally face Fulham next in the Premier League.

Kenedy has join Valladolid from Chelsea. The Brazilian has only managed three goals and four assists in 30 appearances for the Blues since joining in 2015.

Federico Fernandez leaves Newcastle after four years with the Magpies. He has joined Elche in La Liga on a permanent basis.

Harvey Vale signed a new contract at Chelsea before leaving for Hull City on loan. It is the second player to join the Tigers today from the Blues, with Vale following Xavier Simons to Yorkshire.

One in one out at Southampton

Southampton confirmed that Yan Valery left the club shortly before confirming a deal for another Manchester City youngster, Juan Larios.

Arthur signs for Liverpool on loan

Liverpool have confirmed the signing of Arthur Melo on a season long loan from Juventus.

The 25-year-old midfielder told Liverpoolfc.com: “I’m really, really happy to be here wearing this great shirt with this famous badge that represents so much in world football, it’s a dream.”

The Brazilian has made 42 league appearances for Juventus and won the Coppa Italia in 2020-21 with the Old Lady.

Sam Edozie has left Manchester City to join Southampton on a permanent deal.

Edozie made his City debut in the Community Shield in 2021.

Memphis Depay’s situation at Barcelona is very complicated as the Dutch international looks to leave the Camp Nou. He could terminate his contract, but must do so before the deadline to be able to register for a new club.

Another incoming at Forest imminent

Serge Aurier is set for a return to England as Nottingham Forest chase the Ivorian’s signature. The defender left Tottenham and joined Villarreal but a move back to the Premier League looks to be on the near horizon.

Advertisement
Related Topics:Deadline Day
Up Next