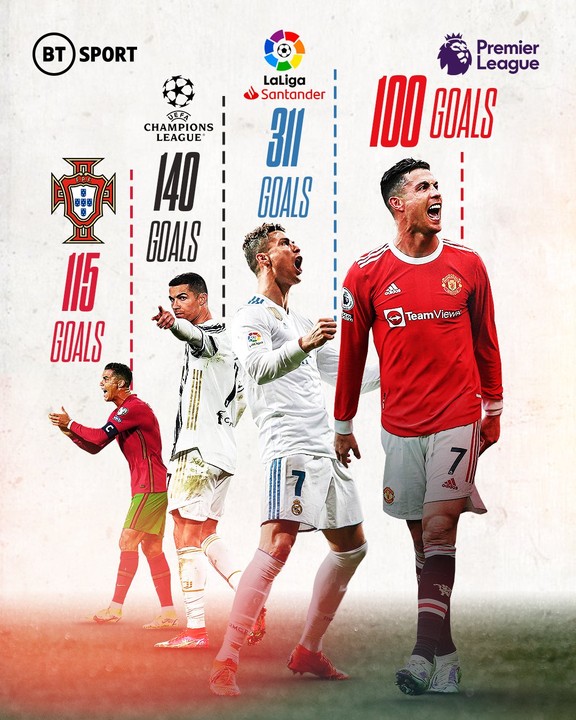 Cristiano Ronaldo has become the only player to score 100+ goals in each of the following competitions:

Meanwhile, since the 2003-04 season, Ronaldo is one of four players to score 100+ goals in two of Europe’s big-five leagues (LaLiga, Premier League), along with Edinson Cavani (Ligue 1, Serie A), Gonzalo Higuaín (LaLiga, Serie A) and Zlatan Ibrahimovic (Ligue 1, Serie A). Breaking: Alaafin Of Oyo: Why Oba Lamidi Adeyemi will be buried at Bara in the midnight