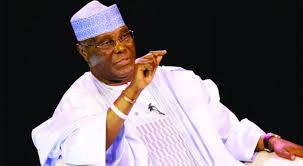 The Federal High Court sitting in Abuja on Thursday fixed September 27, 2021 for the hearing of the suit brought before it by the Incorporated Trustees of the Egalitarian Mission for Africa querying the citizenship of former Vice President Atiku Abubakar.

The plaintiffâ€™s counsel, Akinola Oladimeji, informed the court that he was not prepared to proceed with the case as he only got information that the matter was coming up on Wednesday.

He explained that he was informed on Wednesday that the matter was coming up on Thursday, even when he was aware that the hearing was September 20.

However, the clerk of the court stated that all the parties had been informed of the date of the suit.

The judge, Justice Inyang Ekwo, expressed displeasure with the controversy surrounding the date of the matter and adjourned the suit to September 27.

In the suit marked FHC/ABJ/CS/177/2019, the group had filed the suit challenging the eligibility of the Atiku Abubakar to contest the 2019 presidential election on the grounds that he was not a Nigerian citizen.

The group had approached the court to interpret the relevant provisions of the constitution and declare Atiku ineligible to contest for the presidency of Nigeria based on the circumstances surrounding his birth.

The plaintiff had also joined the Peoples Democratic Party, Independent National Electoral Commission, and the Attorney-General of the Federation as defendants in the suit.