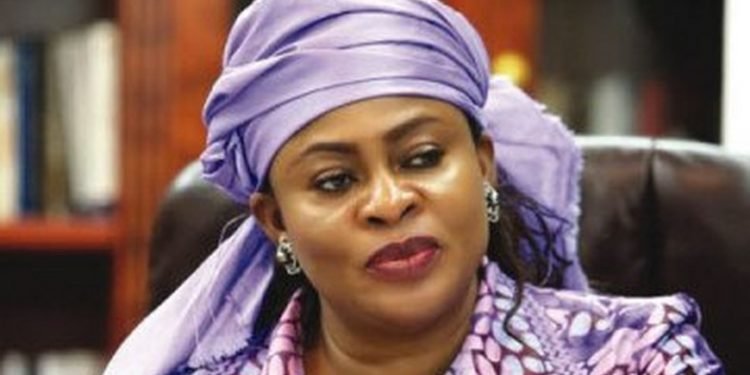 A Federal High in Abuja has threatened to issue arrest warrants against former Aviation Minister, Stellah Oduah and eight others named in a charge should they fail to attend court on the next date.

Justice Inyang Ekwo gave the warning on Monday when Oduah (a Senator, representing Anambra North) and some other defendants were absent at the proceedings,with no explanation from their lawyers.

In the 25-count charge filed by the Economic and Financial Crimes Commission (EFCC, the nine defendants are accused, among others, of engaging in the laundering of about N10 billion.

They are particularly charged with conspiracy, money laundering and maintaining anonymous bank accounts with an old generation bank.

At the mention of the case on Monday, the court noted only the second and third defendants (Gloria Odita, Nwosu Emmanuel Nnamdi) were present.

The development prompted the prosecuting lawyer, Hassan Liman (SAN), to complain about the absence of the other defendants,without any explanation from their lawyers.

Justice Ekwo noted the courtâ€™s business for the day was for the prosecution to report its compliance with an earlier order granting leave for it to effect substituted service of the charge on the fifth and sixth defendants.

â€œWhen trial is fixed and they are not hear, you can then complain,â€ the judge told the Liman, who reported that the prosecution has complied with the order of substituted service.

The judge observed, as earlier noted by the prosecution, that beside the second and third defendants, the others were absent.
â€œThis is a note of warning that warrants of arrest would be issued at the next date against any defendant, who is absent,â€ Justice Ekwo said.

Upon the agreement of all lawyers in the case, the judge then adjourned till October 19 and 20 for arraignment and commencement of trial.

In count four of the fresh charge, Oduah Odita (whilst being the Company Secretary to Sea Petroleum & Gas Company Ltd (SPGC), and an aide to the former Minister of Aviation) were said to have in February, 2014 used their positions to transfer N1,629,250,000.00 from I-Sec Security Nig. Ltd account No. 2021756955 to Global Offshore and Marine Ltd account No. 2022977296, which money you reasonably ought to have known forms part of the proceeds of an unlawful act.â€

They were, in count 21 said to have, between March and May, 2014 took control of N1,225,347,254.00 transferred from China Civil Engineering Construction Corporation (CCECC) Nigeria Ltd bank account with to Private Banking Nominee account No. 2024414450 domiciled, which money you reasonably ought to have known forms part of the proceeds of an unlawful act to wit: Fraud and thereby committed an offence contrary to Section 15(2) (d) of the Money Laundering (Prohibition) Act 2011 (As Amended) and punishable under Section 15(3) of the same Act.

Oduah and Odita were, in count 24, accused of opening a naira â€œanonymous Private Banking Nominee Account No. 2024414450 and thereby committed an offence contrary to Section 11(1) of the Money Laundering (Prohibition) Act 2011 (As Amended) and punishable under Section 11(4) (a) of the same Act.â€

They were, in count 25, accused of opening a United State dollar â€œanonymous Private Banking Nominee account No. 2024414498 and thereby committed an offence contrary to Section 11(1) of the Money Laundering (Prohibition) Act 2011 (As Amended) and punishable under Section 1 1(4) (a) of the same Act.â€