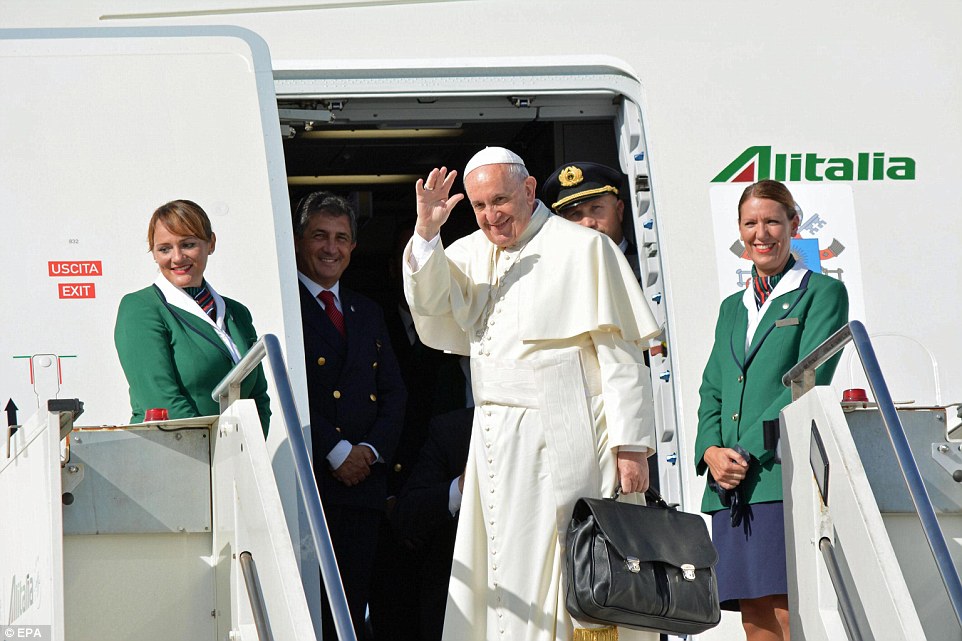 Living like a king is the dream of billions of people but only the very wealthy can savour such indulgence. My recent amusement is the rate at which people own private jets especially in my country, Nigeria. I even try to calculate how many years a school leaver could work to afford one. The ease of affordability among the governing elites and capitalist clergymen is astounding against the background of deplorable infrastructure and extreme hardship ravaging the masses.

Even though I believe private jets manufacturers sell to buyers who can afford it, I think some owners are selfish: their primary concern is their personal space, convenience and security. And why not? Such comfort is the exclusive preserve of societyâ€™s apex bourgeois class. Globally, the jets are among the costliest value with tantalising benefits and services that confer regal status on the owners.

Alas! The private jet rave is on the increase especially in poor countries where citizens embark on mass emigration to escape failed governments. In Nigeria, for instance, majority of the people live below the United Nationsâ€™ benchmark of one dollar per day and millions of pre-teen children are deprived of access to quality education, with a global top-5 record of maternal mortality mostly in remote communities with quasi-medieval civilisation in this era! The masses continue to groan under the plagues of deplorable healthcare, flooded communities, precarious water transportation systems, bad roads, epileptic electricity supply, poor rail transport, dearth of agro-processing industries and menacing insecurity in the forms of killer Fulani herdsmen, banditry and kidnapping. Several global research and humanitarian organisations have annually rated the standard of living in Nigeria among the lowest in the world.

Yet Nigeria is renowned worldwide as a country blessed with some of the richest oil and mineral deposits with a vibrant teeming population. Alas, the countryâ€™s commonwealth is domiciled in the political system. Elected representatives, appointed government officials, top brass military men and political cronies all live on islands of opulence surrounded by the masses in oceans of poverty! Politicians and elected representatives are viewed as a bloc oligopoly surrounded by superbly equipped security personnel. They globe-trot on legitimate pay cheques I view as insane sanity within Nigeriaâ€™s legal framework. Amidst Nigeriaâ€™s economic woes and debt burden, the pension system for politicians is a non-universal wonder with stark conspiracy by the government against the masses to legitimise life pensions to politicians who served a minimum of four years! But teachers, civil servants etc. only qualify for pension after thirty-five years of service and then wait on hope. Some even die on the pension queue. Do such pensioners ever contemplated owning a private jet!

The ease of paying huge salaries, allowances and pensions of top politicians contradicts the difficulty in paying comparative stipends to retired teachers, civil servants etc. Why do the Nigerian legal system allow individuals to own public resources like oil wells, public farms, mines. etc. thus rifting the masses from their commonwealth. The cult silence of the media, NASS, and judiciary aids the government to ooze an aura of citizensâ€™ contentment and strut a superficial toga of integrity. Verily, private jet has become a class indicator among Nigerian men of God â€œfor propagating the Gospel.â€ Church business is thriving, as more pastors acquire private jets and live in opulence dialectic to the status of their congregation. The pastors and politicians form a united tribe of private jets owners who oppress and deprive their compatriots. While the politicians are selfish and poor leaders, the capitalist pastors are opponents of the good shepherd gospel where the Lord Jesus Christ ignored chariots and rode a donkey into Jerusalem.

Globally, religious leaders barely flirt with luxury. The Pope, the Head of the Catholic Church, travels an average of ten countries per year on single-aisle Alitalia flights, often granting in-flight press conferences! Journalists on board also pay their fares to Alitalia. Interestingly, the Pope wedded two flight attendants (Paola Podest Ruiz and Carlos Ciuffardi Elorriaga) mid-air on a trip to Chile! Surplus from the Popeâ€™s trips are spent on humanitarian bodies around the world providing healthcare, education, skills acquisition etc. to billions of poor people worldwide. Similarly, global Heads of the Anglican Church, Methodists, Presbyterians and Lutherans also travel on public flights. Ditto the Chief Jewish Rabbi, Patriarch of Russia and the Grand Imam of Egypt.

On the world stage, leaders of developed economies besieged by migrants are references of spartan lifestyles for the sake of public good. Some of them in Holland, England, Belgium, Canada, Australia etc. commute to their offices daily on bicycles and public trasport. Are these state and religious leaders repellent to luxury or do they consciously prioritise their people as the opportunity costs?