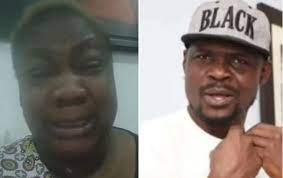 In the video, the comedienne revealed how some parent had allowed their kids to stay with her after the crash of her marriage so she wouldnâ€™t be lonely. She said at the time; she was rendering help to Baba Ijesha. She said it was during one of his visits that he molested one of three girls living with her.

Princess said the defilement harmed the child as she began to sink academically and otherwise.

After seven years, the little girl opened up to Princess and someone else what Baba Ijesha did to her. She said she wanted to catch him red-handed and had to call him for a meeting in her house where she set up a CCTV camera, and he was captured trying to molest the girl again.

She berated people who are accusing her of trying to set up the actor and tarnish his image.