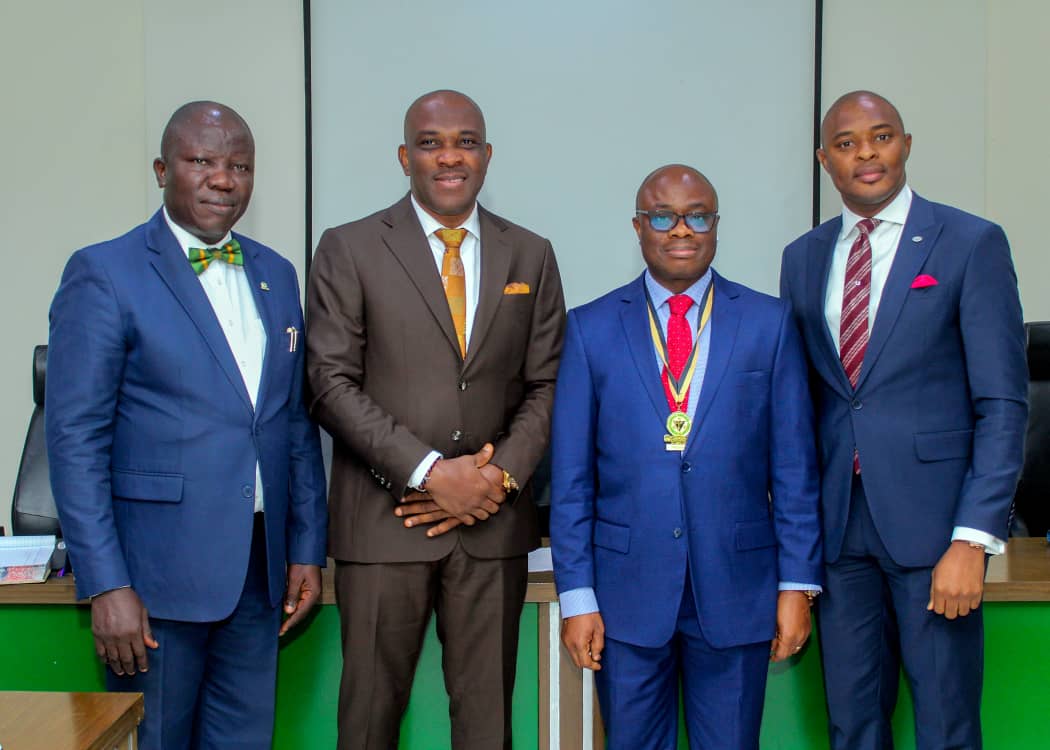 The President/Chairman of Council of the Chartered Institute of Bankers of Nigeria (CIBN), Dr. Ken Okpara, FCIB has said the Institute will partner the Association of Corporate Affairs Managers of Banks (ACAMB) to further project and protect the image of the banking sector in Nigeria.

The CIBN boss explained that the partnership became necessary to further reposition and sanitise the banking industry as well as guard it against fraudsters who are tarnishing the names of  Deposit Money Banks (DMBs) in the country.

Okpara, who took over CIBN’s leadership on May 21, stated this on Wednesday when he played host to the executive committee of the Association of Corporate Affairs Managers of Banks (ACAMB) who paid him, the CIBN Council and Executive Management, a courtesy visit at Bankers House, Victoria Island, Lagos.

In his welcome address to the visiting ACAMB excos, Okpara acknowledged the symbolic relationship between the two professional bodies while calling for synergy between the duo to further reposition the banking industry for increased impact.

According to him, it is high time bankers took narrative of the developments in the industry by showcasing its strides and also reorienting the public on how to avoid fraudulent pitfalls in their daily banking transactions.

The CIBN President said to achieve this, the institute will partner ACAMB to explore running a specialised radio programme that will provide verified information and enlightenment to members of the public.

He stated further that the proposed radio programme will be owned by all the banks, thereby using it as a voice for continuous projection of their interests.

“The need to showcase the positive strides and image of the banking industry and the re-orientation of the public on this, is now paramount. We will have a forum to speak on and correct issues as they unfold through diiferent avenue including radio programmes. With that, we will be able to provide information, enlightenment, happenings in the industry, financial inclusion, financial literacy, cybercrimes, frauds, etc to the general public,” Okpara noted.

He disclosed that in the long run, the institute will consider the establishment of a Bankers’ radio station to the advantage of the banking public.

“Going forward, we would explore  the possibility of floating a Bankers Radio through the CIBN. This will provide continuous public enlightenment, Banker-Customer forum/platform, customers’ protection, consumer advocacy, etc.” he said.

Commending ACAMB as a worthy partner through the years, Okpara said the association has been living up to its expectation of projecting the banking industry positively despite the challenges.

He specifically appreciated ACAMB for the strong visibility support it gave the last Annual Banking & Finance Conference and ask for more for all the initiatives his administration will undertake. He also disclosed that the institute will be partnering ACAMB to host CIBN-ACAMB regular media engagement.

According to him, the engagement will help cover issues ranging from bank charges, malpractices, humongous profits and other issues of concern to the banking public.

“ACAMB has been wonderful with the projection of the Banking Industry nationwide, and due to this, we will be partnering with ACAMB to institute and host regular CIBN-ACAMB Media engagement.

“The media engagement will help cover all discussions on bank charges, malpractices, banks turnover components, contributions and other issues which are of concern to the people,” the CIBN boss explained.

While urging all the banks on the need to continue to work together and tackle issues as a team, Okpara said: “There is should be no demarketing, because what affects one, affects all”.

He implored ACAMB to continue to give their support to the Institute as well as the banking sector in general.

Responding on behalf of the excos, the ACAMB President, Mr. Rasheed Bolarinwa, affirmed the association’s strong commitment to the advancement of the institute and the banking sector at large.

According to him, the conference is aimed at developing a synergy between the two critical sectors to rebound the national economy.

Bolarinwa also thanked the CIBN boss for the institute’s support for ACAMB over the years and especially accepting to be a Guest Speaker at the forthcoming OPS Conference.

Related Topics:Banking sector
Up Next