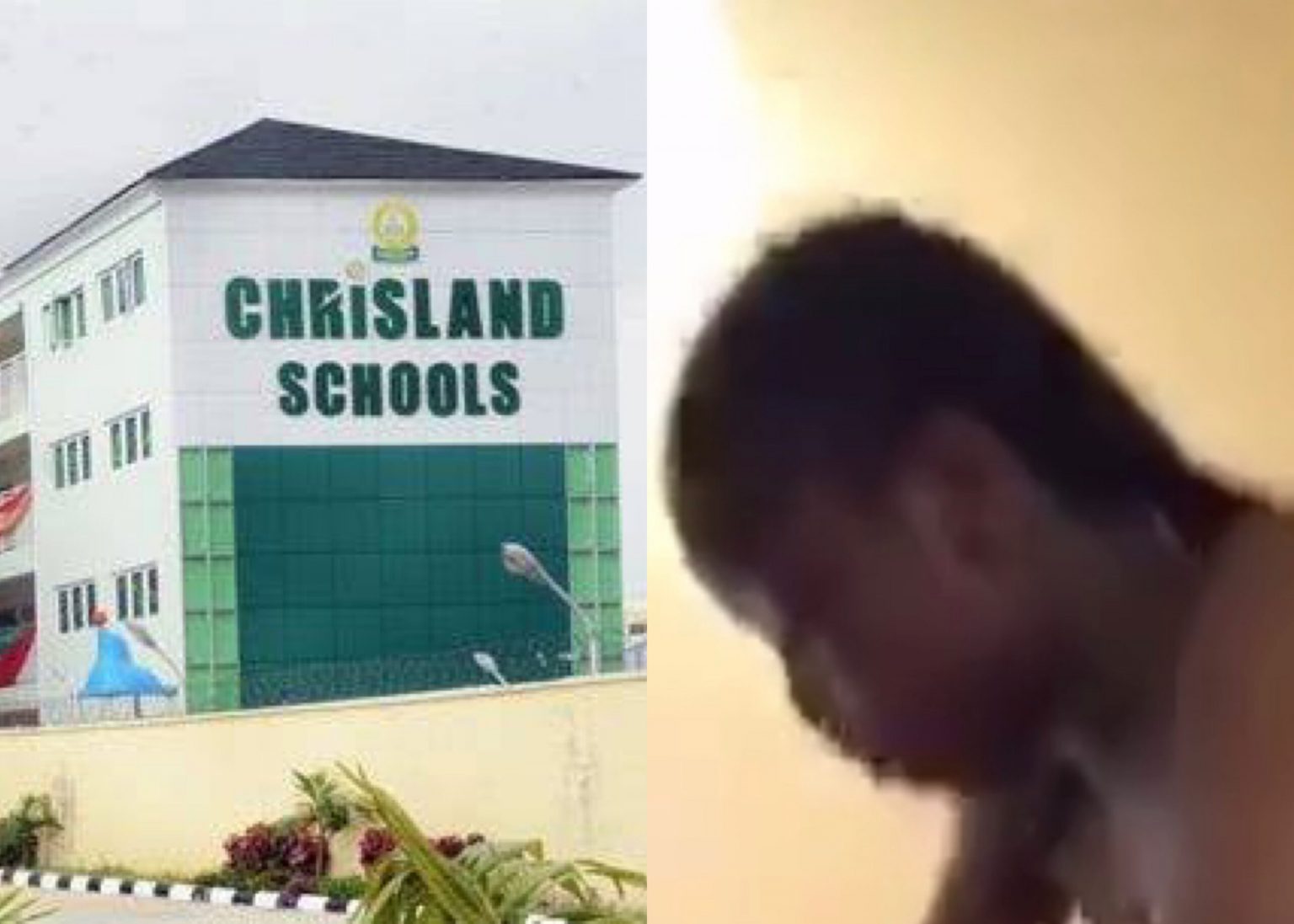 many social media users are upset at the news coming out of Chrisland School in Victoria Island Garden City (VGC), Lagos State, Nigeria’s commercial city, after Ubi Franklin, a music executive raised the alarm of a possible r*pe of a 10-year-old girl.

This online news platform understands that the 10-year-old student in the Chrisland school girl video was on April 14 suspended by the school authorities after she engaged in s*xual intercourse with her co-learners.

Adaure, a social media user, who claimed to be familiar with the development, said the issue became known to the school even before the students returned to the country.

Newsone reports that the claim was also confirmed by Shola Ogudu, the baby mama of Nigerian singer, Wizkid, whose son, Boluwatife, attends the school. Ogudu was also on the trip to Dubai with Boluwatife.

According to the social media user, the Close Circuit Television clips of all that transpired in the Dubai hotel where the team stayed had been made available to the parents and other stakeholders.

Adaure wrote: “I’m just going to keep it at these points and not say more.

“The boys and girls were not kept in the same room.

“They were not even on the same floor.

“There are 3 students in each room.

“Matter is being handled before now by the police, child rights protection, the school’s PTA representative.

“There is a recorded panel which involved the parents of the affected kids, and also the PTA representative, the Lagos state police, and officials from Lagos child rights services.

“This incident happened in March this year while on competition in Dubai.

“Chrisland has the CCTV footage of everything that happened in that hotel in Dubai.

“The parents of these kids have also seen this footage hence the suspension.

“The teachers take turns to check on them at night CCTV showed this in the panel.

Information has it that:

“She had s*x with just that boy no other boy she said this herself in the interview. Her parents were there too with the authorities present in that panel.

“There was a boy sleeping in that video it was that boy that reported saying they are doing nonsense in his room.

“When they came to warn her, She replied saying “what it’s just S*x I’m a big girl.

The Lagos state police have this particular video.

“The girl’s parents have been following through with the school and authorities until someone linked them to Instagram celebrities.

“There is nowhere in the videos they have that it showed the girl being involved with another boy.

“It’s just that boy so they are wondering what brought about the r*pe twist.

“During the panel, the kids confirmed including the girl that it was just she and the boy. Their parents were there including her mom.

“There is also no trace of drugs or giving her any substance… Even though we can’t say 100%.

“The kids made the video for entertainment sake to be shared amongst themselves until someone leaked it online.

“They have all the videos from Dubai and the recordings from the panel.

“We really have to do our best as parents

“For me, it’s better that I did everything I could yet the kids chose to do otherwise than I didn’t do enough.

“May God help us as parents as we train these hyperactive super-intelligent kids God gave us”.

Advertisement
Related Topics:CCTV
Up Next