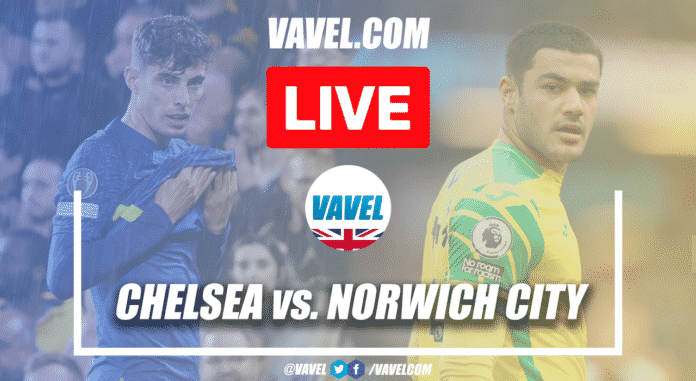 The Editor Nigeria reports that Chelsea clashes against Norwich City at Stamford Bridge this afternoon in the early kick-off of this weekend’s English Premier League match.

Chelsea returns back to English Premier League action as they welcome Norwich City to  Stamford Bridge in an early kick-off fixture of the week 9 matchday.

Thomas Tuchel’s men will be looking to continue with their great form to the new season which saw them at the top of the table. It will really be a tough task for Chelsea as they set to play without their two main strikers.

Norwich side has recorded one of the worst starts to the new season after losing 6 of their 8 matches played with 2 draws and no win. They will be looking to bounce back and get their first win of the season against Chelsea.

Chelsea will be without their three attacking treats, including Christian Pulisic, Romelu Lukaku, and Timo Werner due to injury while Norwich will be without Billy Gilmour who is not eligible to play against his parents’ club.