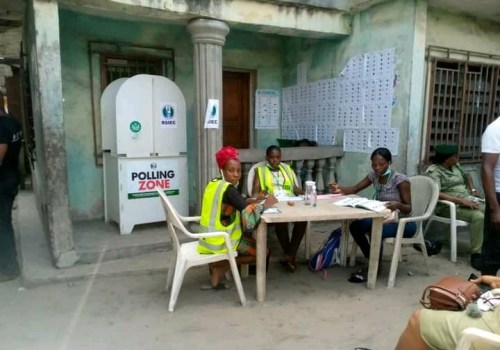 One person was reportedly shot dead on Saturday, during the bye-election in Isoko Delta state.

The bye-election is for Isoko South 1 constituency in the Delta house of assembly.

The incident was said to have happened at Irri ward 10, unit 5, in Isoko South constituency of the state.

According to NAN, Bright Edafe, police spokesperson in Delta, confirmed the incident, but said details of how the resident was shot weren’t yet clear.

Edafe also reportedly said the victim may have been hit by a stray bullet.

Gunmen were said to have invaded the polling unit in the area, and shot sporadically into the air.

Ballot papers used for the elections were also said to have been carted away by the gunmen.

Meanwhile, the bimodal voter accreditation system (BVAS) used for the election was not without some hitches.

Speaking earlier on the exercise, Constantine Ikpokpo, a former chairman of Isoko South LGA, expressed concern over the failure of the machines to recognise some permanent voter cards.

He, however, commended the Independent National Electoral Commission (INEC) for the conduct of the election.

“The only hiccup I am getting right now from some units is that the machines are not working.”