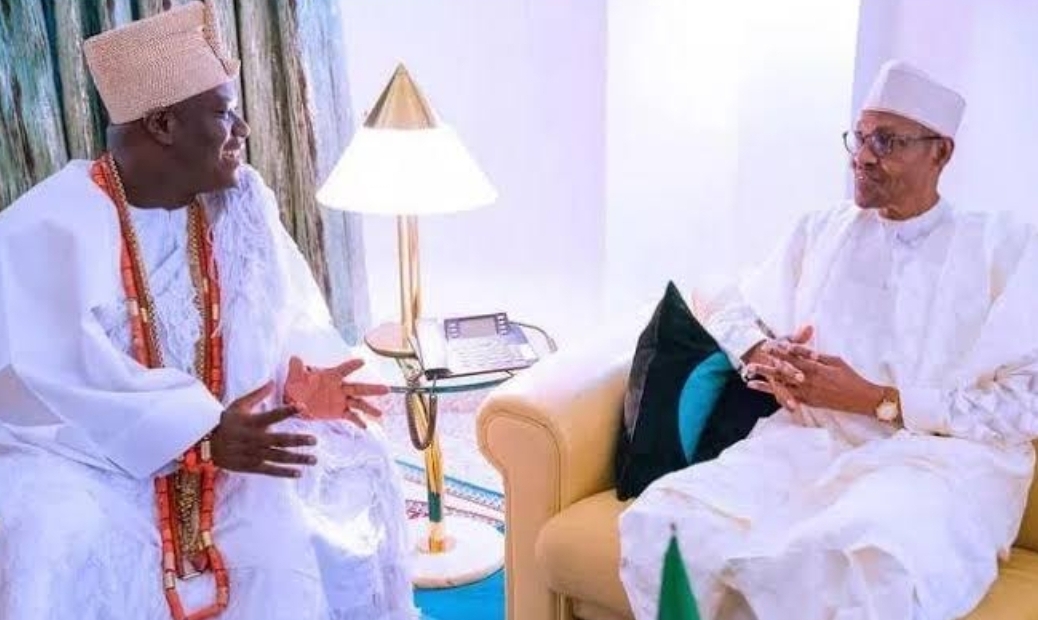 The Ooni of Ife, Oba Adeyeye Ogunwusi (Ojaja II), has slammed President Muhammadu Buhari’s regime for refusing to fix bad roads that litter his domain, Ile-Ife, while not allowing private citizens to rehabilitate them.

“I really do not know our offence in Ife to deserve the poor road network that surrounds us. It is not enough to call Ife the source. This city deserves to be treated as the true source of humanity that it is,” Mr Ogunwusi reasoned. “It is so bad that the same government that has refused to fix our roads is the one denying us access to do what we can do by ourselves. All we hear is that it is a government road, so we have to keep waiting.”

The monarch made the call on Sunday during the inauguration of a 700-metre road at the Odo-Ogbe market (Oja Tuntun), Ile-Ife. The road project was facilitated by the Ile- Ife-born Senior Special Assistant to the President on Legislative Matters (Senate), Babajide Omoworare.

Mr Ogunwusi added, “We are aware that the government cannot do it alone, so we want them to put up a scheme, like a form of concession on all major roads in Ile-Ife. We would look for able personalities within the community, they will fix the road, and they will give them task credit. It is the same.”

He pleaded with the state and federal governments to allow private citizens to fix the roads they could not repair.

“Let the government give us that opportunity and see whether we will perform. We can now replicate it in other communities across the country,” the Ooni further explained. “We are willing and able to do that on all major roads in Ife. All we need is a form of concessioning that regard.”

On the Odo-Ogbe market road facilitated by the president’s aide, the monarch described the politician as a committed son of the town, urging his political contemporaries to imitate his good gestures and shun unhealthy rivalry.

Mr Omoworare said, “I wish to authoritatively confirm to you that in the newly presented budget by President Muhammadu Buhari, major projects, especially road works, will be done in Ife. I know of the Mayfair, Lagere, Iremo, and Moore roads, among others.”