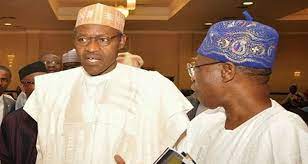 Human Rights Writers Association of Nigeria (HURIWA) on Tuesday asked President Muhammadu Buhari to respect the decision of the jury of the Court of the Economic Community of the West African States (ECOWAS) on twitter ban.

HURIWA said: â€œWe have always known that President Buhari acted ultra vires the law of Nigeria and especially the well-grounded fundamental right provision of the Constitution when he arbitrarily banned the use of the social media platform of Twitter by over 40 million Nigerians following the decision of twitter to delete his post deemed inimical to the rules of the online platformâ€.

HURIWA, in a statement jointly signed by its National Coordinator, Comrade Emmanuel Onwubiko and National Media Affairs Director Miss Zainab Yusuf, tasked the Federal Government to comply forthwith and obey the judgement of the ECOWAS Court.

The group said: â€œsince Nigeria is the home of ECOWAS headquarters and a good member of ECOWAS, it must obey the decision of the ECOWAS Court particularly when the current ruling on Twitter vitiated and invalidated his governmentâ€™s draconian and military styled attack against the Constitutionally guaranteed human Rights clearly spelt out in chapter four of the constitution of the Federal Republic of 1999 especially section 39 (1) and 40.

â€œSpecifically, Section 39. (1) of the constitution says: â€œEvery person shall be entitled to freedom of expression, including freedom to hold opinions and to receive and impart ideas and information without interference.

â€œSection 40. Every person shall be entitled to assemble freely and associate with other persons, and in particular he may form or belong to any political party, trade union or any other association for the protection of his interests: Provided that the provisions of this section shall not derogate from the powers conferred by this Constitution on the Independent National Electoral Commission with respect to political parties to which that Commission does not accord recognition.â€

HURIWA said the government cannot infringe on citizensâ€™ rights to associate lawfully with people on the World wide Web through Social mediaâ€.

The ECOWAS Court of Justice in Abuja on Tuesday delivered a ruling restraining President Muhammadu Buhari administration and its agents from arresting or prosecuting Nigerians using Twitter.

The court also protected social media service providers, radio and television broadcast stations and others from prosecution pending the hearing and determination of this suit.