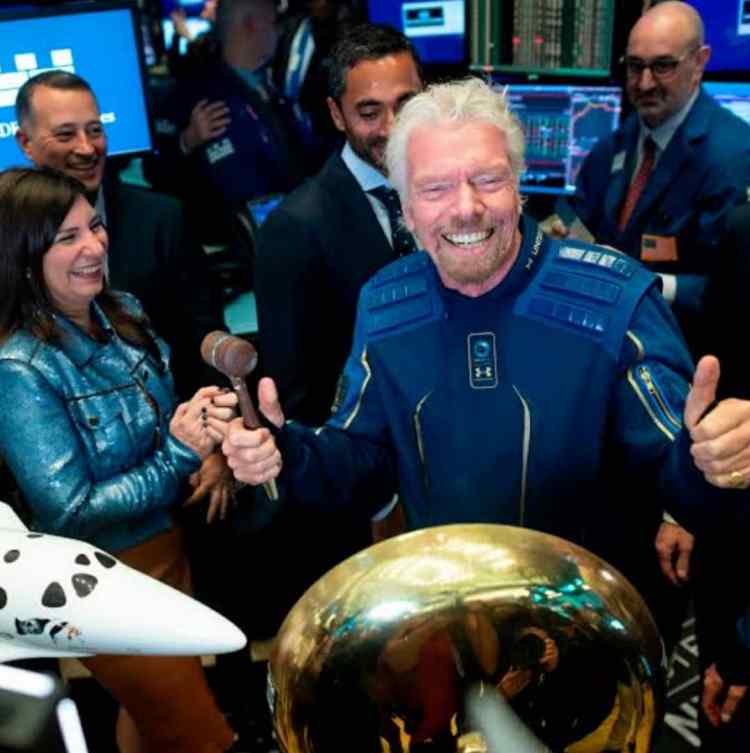 Richard Branson will boldly go where no space baron has gone before on Sunday, July 11, 2021 when he steps onto the supersonic space plane from his rocket venture, Virgin Galactic.

Bransonâ€™s brief joy ride is more than two decades in the making. He founded Virgin Galactic in 2004 with the goal of creating a winged spacecraft capable of taking up to eight people, including two pilots and six passengers, on rocket-powered flights that reach more than 50 miles above Earth, which the US government considers the boundary marking outer space.

He will beat Amazon founder, Jeff Bezos, to the space trip as the latter plans to go to space on Tuesday, July 20, 2021 even though he announced the trip ahead of the Virgin Galactic founder.

Bezos would be going to space for 11 minutes on a rocket ship built by his company, Blue Origin.

The two billionaires have been duelling for years to make commercial space flights a reality. Now, on Sunday, Branson is going himself.

Virgin Galacticâ€™s VSS Unity, as the spaceplane is called, has conducted more than 20 test flights, three of which have reached the edge of space and made five Virgin Galactic employees into pin-carrying astronauts. But Bransonâ€™s flight will make him the first billionaire founder of space company to actually travel into space aboard a vehicle he helped fund.

Bransonâ€™s flight will take off in the early hours of Sunday, July 11, weather permitting. Virgin Galactic will be posting a livestream â€” which will be hosted by comedian Stephen Colbert, a spokesperson confirmed to CNN â€” that morning.