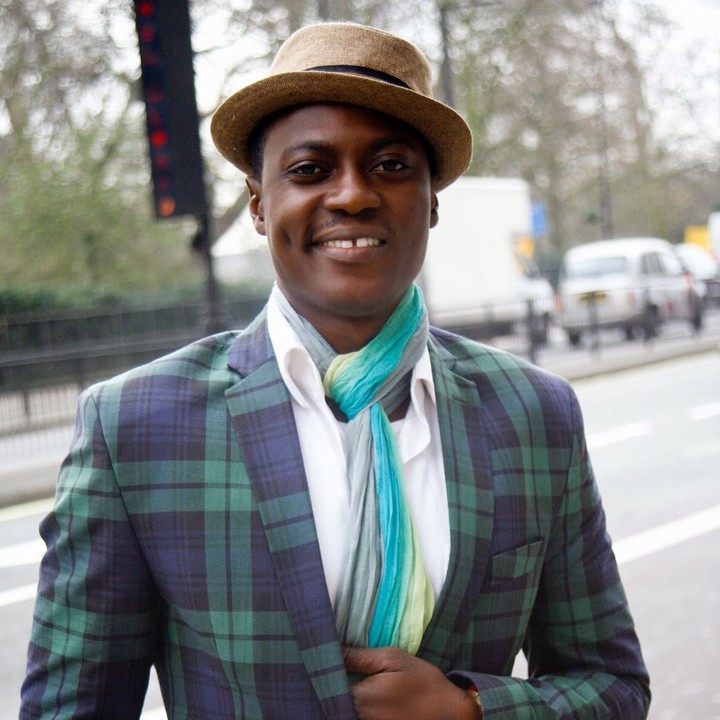 The Editor Nigeria reports that Sound Sultan who was diagnosed with Angioimmunoblastic T-Cell Lymphoma died on Sunday at the age of 44. The deceased had been undergoing chemotherapy in a hospital in the United States of America. 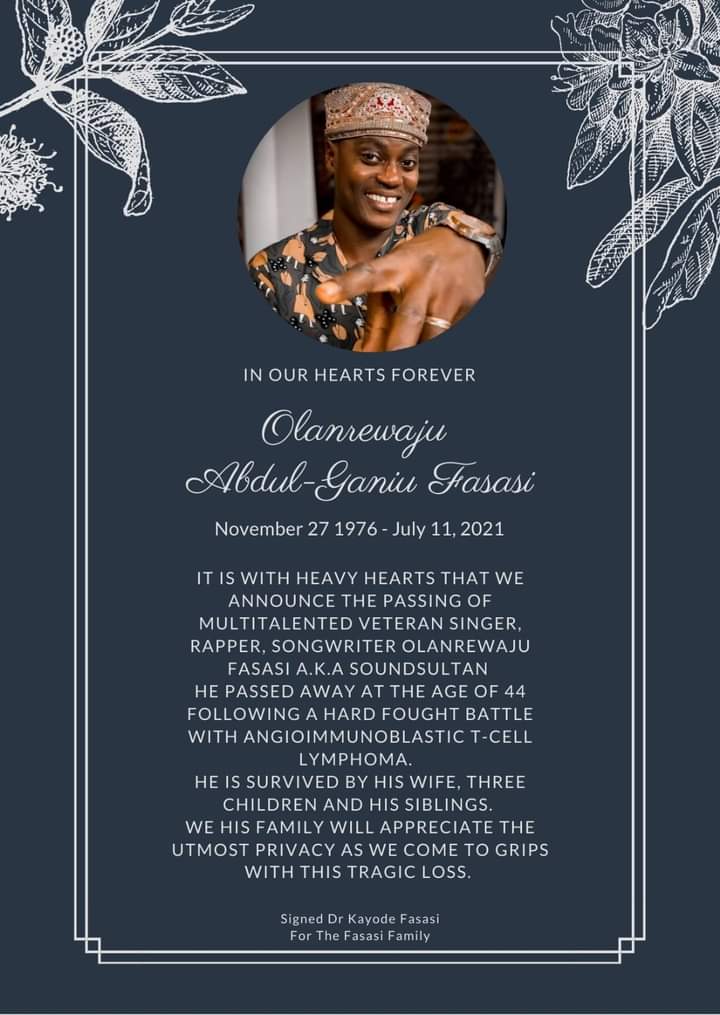 Sound SultanÂ (bornÂ Olanrewaju FasasiÂ on November 27, 1976)Â was a Nigerian rapper, singer, songwriter, actor, comedian and recording artist. He was regarded as one of the pacesetters of modernÂ hip hopÂ music in Nigeria.

His demise was announced in a statement by his family on Sunday.

The statement read, â€œIt is with heavy hearts that we announce the passing of multitalented veteran singer, rapper, songwriter Olanrewaju Fasasi aka Sound sultan. He passed away at the age of 44 following a hard-fought battle with Angioimmunoblastic T-cell lymphoma.

â€œHe is survived by his wife, three children and his siblings. We, his family will appreciate the utmost privacy as we come to grips with the tragic loss.â€

Angioimmunoblastic T-cell lymphoma (AITL) is a rare form of non-Hodgkin lymphoma, which is a group of related malignancies (cancers) that affect the lymphatic system (lymphomas). Lymphomas are the cancer of white blood cells (lymphocytes) and can be divided depending on the type of cells, B-lymphocytes (B-cells) or T-lymphocytes (T-cells), AITL is a T-cell lymphoma.

The lymphatic system functions as part of the immune system and helps to protect the body against infection and disease. It consists of a network of tubular channels (lymph vessels) that drain a thin watery fluid known as lymph from different areas of the body into the bloodstream.