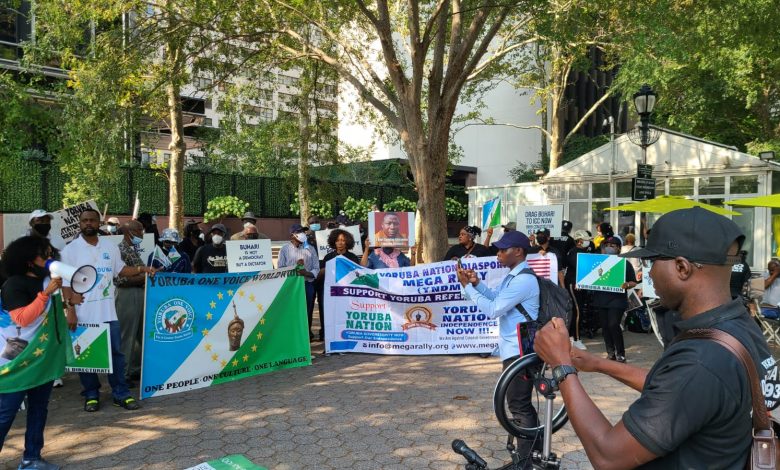 Yoruba Nation agitators and other self-determination groups have arrived at the United Nations Headquarters in New York. The agitators held placards with different inscriptions.

They’ve also registered a demand for a referendum with the UN.

Earlier, the Chairman of Nigerian Indigenous Nationalities Alliance for Self-Determination, Professor Banji Akintoye, declared that a Million-Man Freedom March would hold opposite the United Nations Headquaters in New York, United States of America from 14th to 24th September, 2021.

Akintoye said the protest is meant to show the world “the genocide being perpetrated by murderous herdsmen in the name of grazing in the South and Middle-Belt of Nigeria”.

The renowned historian said the people of the South and Middle-Belt want to show to the world the crimes against humanity, attacks on press freedom, free speech and other criminalities being aided by the Buhari led government of Nigeria.

In a letter addressed to UN, the agitators said, “We, the Indigenous Peoples of Nigeria gather today at the Headquarters of the United Nations in New York to alert the UN, and the rest of the Global Community that the Union of Nigeria has failed irredeemably; and is now at the verge of a Violent Disintegration with Catastrophic Consequences for Global Peace, and Security as our population of over 200 million would become an Instant Global Refugee Nightmare. 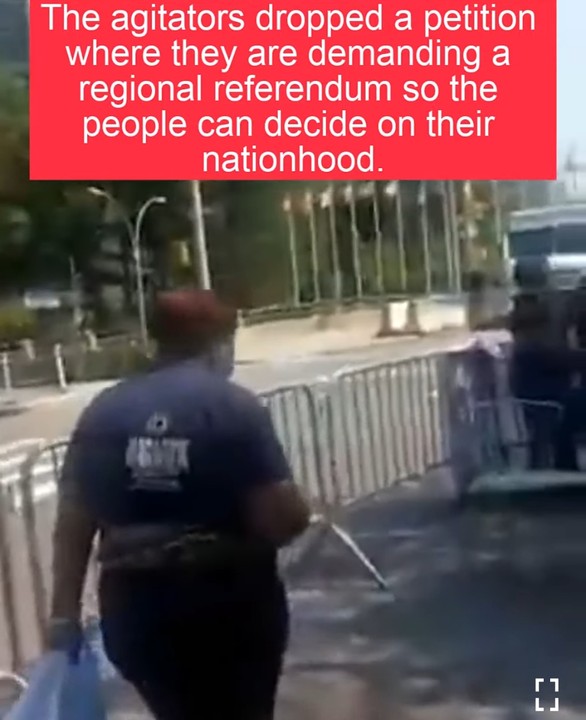 “Amidst the extraordinary difficulties inflicted by the imposition and enforcement of Sharia by a section of Nigeria in a supposedly Secular Union, the immediate reason for this looming catastrophe is the Cocktail of Mass Killing, Kidnapping and General Banditry being orchestrated against the Indigenous Peoples of Nigeria by an invading Fulani Militia masquerading as Herdsmen in an undisguised Ethnic Cleansing Campaign that progressively demonstrate the Complicity of the Federal Government of Nigeria headed by Major-General Muhammadu Buhari, a Fulani man, who as Commander-in-Chief of the Armed Forces of Nigeria is also the Life Grand Patron of the notorious Myetti-Allah Cattle Breeders Association of Nigeria; that proudly takes responsibility for the Murderous Exploits of the Fulani Herdsmen Militia designated the Fourth Most Deadly Terror Group.

“An Online Petition conveying the Demands of that Constitutional Force Majeure Proclamation, is currently before the UN Security Council.”