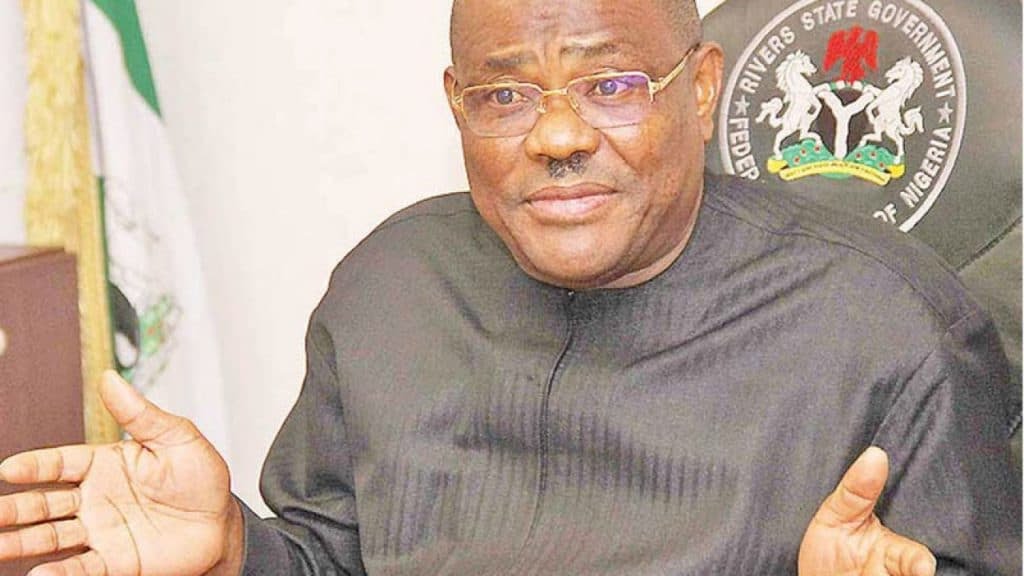 The group led by the Rivers State Governor, Nyesom Wike, has tabled conditions the presidential candidate of the Peoples Democratic Party (PDP), Atiku Abubakar, must meet before they can back him in the 2023 general election.

Naija News reports that the Wike group, which comprises of the governors of Enugu, Ifeanyi Ugwuanyi; Benue, Samuel Ortom; Oyo, Seyi Makinde, and Abia, Okezie Ikpeazu are insisting that the national chairman, Iyorchia Ayu, must be replaced with a Southerner before they could participate in the PDP presidential campaign.

Atiku, according to a highly placed source, is under severe pressure to succumb to their demands as tension mounts among leaders of the PDP over the continued crisis in the opposition party.

The source discloses to Daily Sun that senior members of the PDP are pressuring Atiku, a former vice-president, to accept the demands of the Wike group so as to unite the party before the 2023 election.

It was gathered that the five governors at their Enugu meeting insisted that there is no going back on the sack of the national chairman as a condition for their participation in the PDP presidential election.

Also reacting to the development, a member of the PDP National Executive Committee (NEC), who is pro- Ayu, told Daily Sun that Wike and his men are unrelenting in the demand that the national chairman must be replaced.

According to the NEC member, Atiku is not against the removal of Ayu, but he wants due process to be followed to carry out the act.

This online medium reports that Atiku and the Wike group have been at loggerheads since the nomination of former Vice President Atiku Abubakar and Delta State governor Ifeanyi Okowa as presidential and vice presidential candidates, respectively.