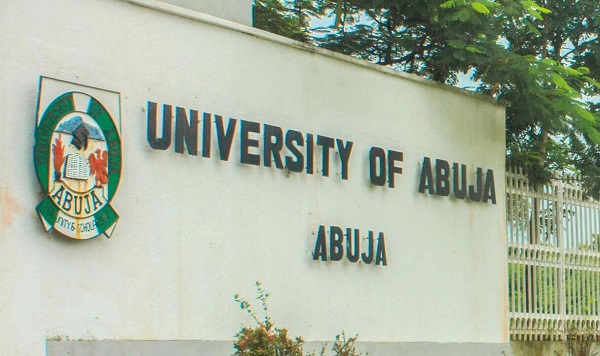 Seven persons have been kidnapped by unknown gunmen during an attack on the University of Abuja on Tuesday morning.

The Editor Nigeria reports that the gunmen abducted a Professor of Economics in the institution, Joseph Obansa, alongside his two children.

In a statement on Tuesday signed by its spokesman, Habib Yakoob, the University said the gunmen gained access to the Senior Staff Quarters at Giri in Gwagwalada Area Council of the Federal Capital Territory (FCT) in the early hours of Tuesday.

Yakoob stated that the gunmen operated undisturbed for over an hour, adding that security agents have since been deployed to track down the criminals.

The school spokesman disclosed that apart from the professor and his children, three persons were also kidnapped.

Yakoob, however, stated that efforts were being made to ensure the safe return of the kidnapped persons.

The message reads: “Suspected bandits attacked the staff quarters of the University in the early hours of today.

“Our Safety officers, in conjunction with security personnel, mobilised to secure the quarters.

“We have reports that four of our staff and their children were, nevertheless, abducted by the evil men.

“Efforts are being made to ensure their safe return. A sad day for us, indeed!”