A presidential aspirant of the Peoples Democratic Party (PDP) Mohammed Hayatu-Deen, has pulled out from the race to succeed President Muhammadu Buhari.

The Editor Nigeria reports that Hayatu-Deen, a former managing director of the now-defunct FSB International Bank, announced his withdrawal in a letter addressed to Iyorchia Ayu, national chairman of the PDP.

He stated that he withdrew from the race to be President because the contest has been “obscenely monetised”.

Hayatu-Deen, however, promised to support whoever emerges as the party’s flag bearer for the 2023 election.

“I have been a keen observer of Nigerian politics for so many decades, but have not been opportuned to actively participate in party politics due to my engagements in managing critical public and private institutions, among others,” the letter reads. 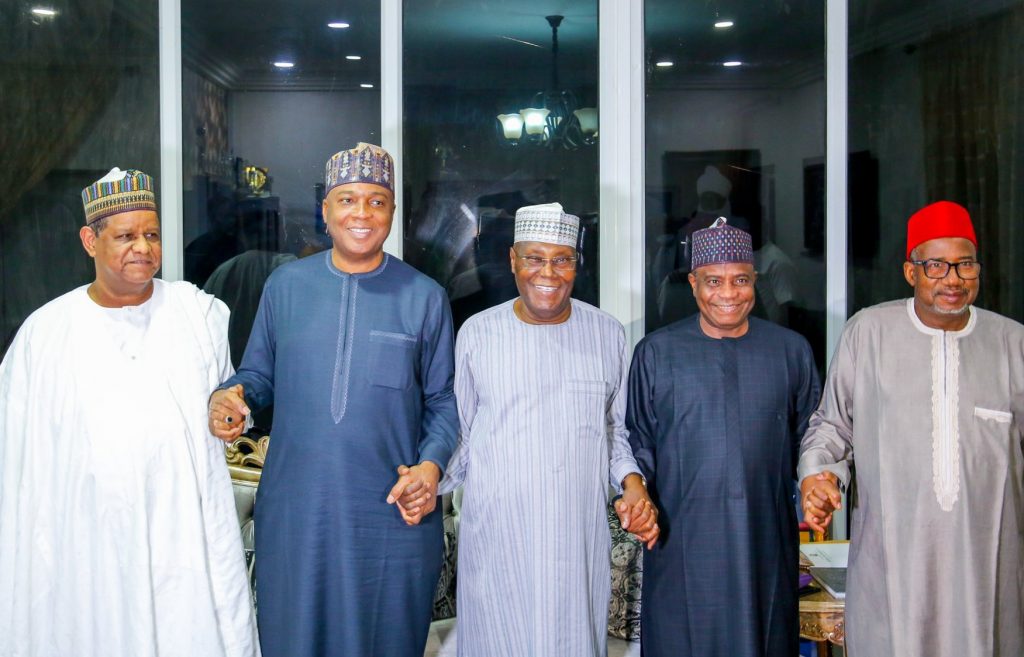 “I have observed with great concern and sorrow the recent rapid deterioration of all aspects of our national life – characterised by increasing poverty, religious intolerance, banditry and kidnapping, monumental oil theft, corruption, mismanagement of national assets, communal and religious strifes and near collapse of public services and public institutions.

“During my recent nationwide trips, I came face to face with angry and hungry youths, children, boys and girls abandoned by their states who ought to provide them with education and vocational training. These had become the recruiting grounds of criminals, religious and political extremists.

“I planned to ensure that the great potential that had become the hallmark of Nigeria’s development paradigm, should be actualized during our presidency. We planned to make Nigeria the continental economic powerhouse which would guarantee high quality of life to the vast majority of our citizens.

“I planned to provide peace by ending insurgency of all types occasioned by the absence of a robust and coherent plan and lack of engagements with those involved and by improving the capacity of our intelligence services, the armed forces, the police and paramilitary services.

“I planned to put a final stop to the incessant closure of our universities and other public institutions due to strikes. As we speak, another round of strikes is going on and nobody knows when our public universities would be opened.

“It is because of the foregoing that I found it morally compelling to introduce myself into the political space in order to provide tangible solutions to these problems.

“I was driven by passion and commitment to the cause of salvaging our country which is on the verge of collapse.

“My exposure locally and internationally and contributions to the nation’s economic and political-well being positioned me to take up the challenges facing our dear nation and – the courage to participate in this grueling exercise which most of our elites have shunned away from. Regrettably the political system has proved to be acrimonious, corrupt and self-serving.

“For the past three months I had the privilege of intensively interacting with Nigerians from all walks of life. This reinforces my resolve that Nigeria MUST BE saved, otherwise our future is doomed.

“I joined the contest as a democrat, with an open mind to keenly contest and accept the result of a process that is fair, credible and transparent.

“We have endeavoured to forge a consensus which would have facilitated a seamless emergence of a candidate which unfortunately could not be achieved.

“I wish to reiterate that I did not join party politics and to contest for the presidency because of personal gains and inordinate ambition, but in order to serve our country.

“It is therefore based on personal principles and with great humility that I have decided after wide consultations to withdraw from this contest which has been obscenely monetized.

“I wish to thank all my supporters, especially those from my state, well-wishers, friends, family, the extraordinary hardworking young men and women of our campaign organization, the party leadership and members for their tremendous support which enabled us to contribute within this short period towards changing the character and direction of the Nigerian political landscape.

“Finally, as a very loyal party member and believer in the democratic process, I will continue to avail myself and my teeming supporters at all times to ensure victory of our great party.”