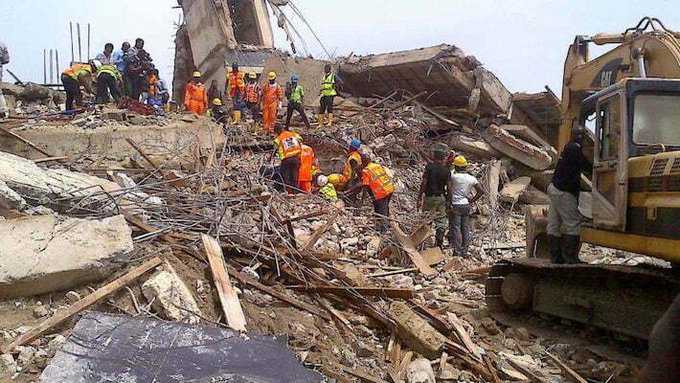 A three-storey building under construction has reportedly collapsed in the Mushin area of Lagos.

It, however, gathered that nobody was trapped when the building went down at about 6.30 pm.

The building, located at 17, Cardoso Street, off Martin Street, was reportedly owned by the Redeemed Christian Church of God (RCCG).

The cause of the collapse could not be established at press time.

He said the personnel of Lagos State Building Control Agency (LASBCA) were on the ground at the time of this report.

It was learned that the rubbles will be cleared overnight.

Advertisement
Related Topics:RCCG Building
Up Next