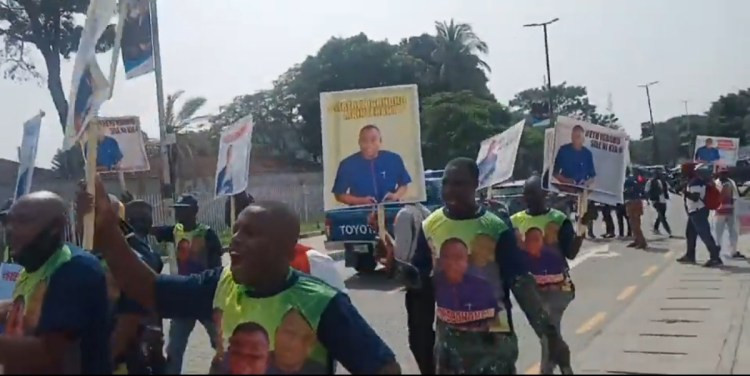 Supporters of Yoruba Nation agitator, Chief Sunday Adeyemo, a.k.a Sunday Igboho, have stormed the office of the Consul General of Benin Republic in Victoria Island, Lagos, to demand his release from detention.

The protesters carried placards with various inscriptions, while calling on the federal government of Nigeria to ensure the release of Igboho from custody in Benin Republic. 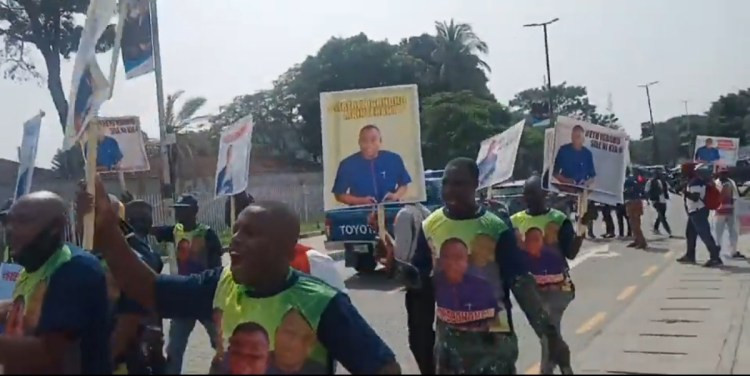 The Editor Nigeria recalls that Igboho was arrested on July 20, at an airport in Cotonou by Benin Republic’s security forces while he was trying to flee to Germany.

The Nigerian government had declared him “wanted” after the country’s secret police, DSS, raided his home in Ibadan, Oyo State on July 1, 2021.

A week later, a Benin court blocked his extradition to Nigeria while ruling that he should be remanded in prison pending further hearing.

Supporters of Igboho who were at the consulate demanding his release today, said the activist is innocent and should not be treated like a criminal.